They’re not leaving. It’s just so packed inside, there’s no where to go but the sidewalk.

“I need money,” a guy on the sidewalk tells PolitickerNJ.com. “I just got my CDL license but I really want to get into broadcasting. Problem is, there are no jobs.”

In the meantime, he figures he can work for Bell on Election Day for a few bucks. A lot of people appear to have the same idea.

But the incumbent councilman’s allies believe Booker’s money, Bell’s rapport with senior citizens, and North Ward Democratic leader Steve Adubato’s backing in the northern districts of the Central Ward will all conspire to get Bell to 50% plus one on Election Day.

It takes five minutes to get to the front of the long and narrow room jammed with Election Day workers.

Seated at a table in the command position and wearing all black is Bell, the target of repeated attacks by his opponents, who now appears in his element.

Motayne has a problem with what she sees as the councilman’s failure to block Booker-championed development projects. Sharif objects to misinformation originally contained in Bell’s resume on the city website. And Whitten, long a laborer as a constituent services deliverer out of the bowels of City Hall, believes he’s rightfully earned the right to be the councilman.

“This is the first time I’m working with these people, and it’s been a pleasure,” says a confident Bell, referring to Booker’s longtime political operatives. “We should have the results no later than 8:30. I feel confident, in part because there are six people running against me.

“The Booker people have been fair toward me, and in light of the Sharif and Whitten (both former Booker allies) factors it’s going to be very interesting to me as to who comes in second,” the councilman adds. 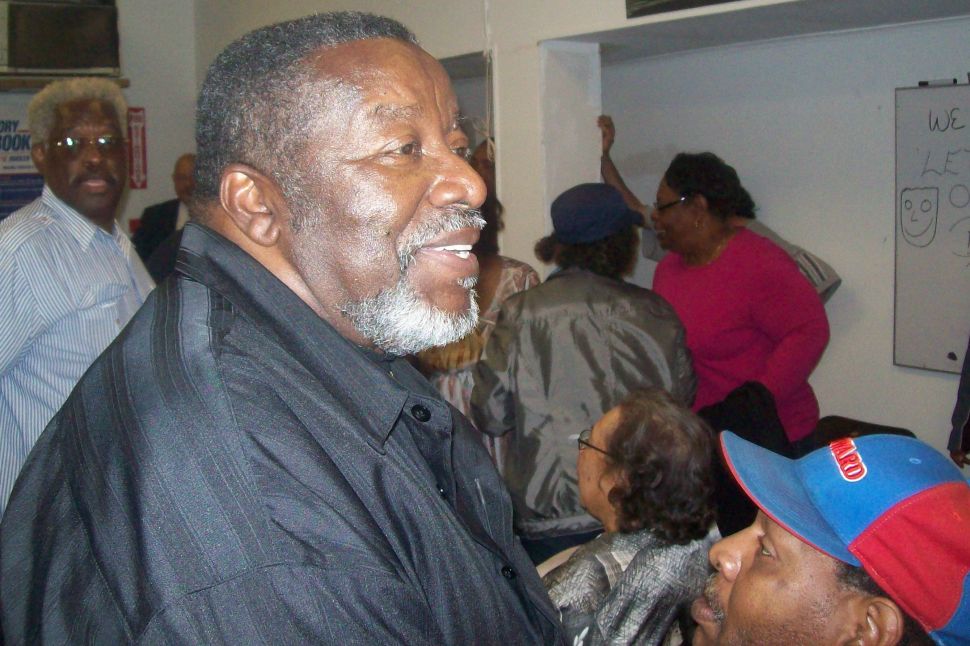