In a debate that lacks dramatic power by virture of the common knowedge circulating and percolating that the bill will be dead upon (hand) delivery to the governor later tonight, state Sen. Paul Sarlo (D-Wood-Ridge) objects to state Sen. Joe Kyrillos’s (R-Milddletown) characterization of the evening as “political theater.”

“My friend Sen. Kyrillos neglects to mention the political theater that ocurred yesterday, when after months of hearing from the treasurer and his commissoners, they found $55 million just 24 hours before the senate convened today,” Sarlo fumes. 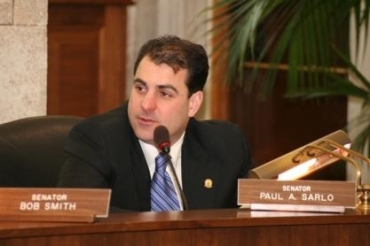