TRENTON – Gov. Chris Christie blew out of his inner office with a pen in his hand to meet the forward advance of state Senate President Steve Sweeney (D-West Deptford) and an onrush of Statehouse reporters.

Sweeney handed over the millionaires’ tax bill that moments earlier passed by a 23-17 party line vote in the senate.

Christie took the document from Press Secretary Michael Drewniak, who had received it from Sweeney.

Then Christie, seated, vetoed the bill.

Sweeney convened a brief, impromtu press conference in the governor’s outer office that broke up when Drewniak yelled that the governor would in fact take questions and Christie again appeared.

“More and more people have left the state and continue to leave the state because of the tax situation,” announced Christie.

Someone in the press corps threw up to the governor a quote from earlier in the day attributed to Assembly Majority Leader Joe Cryan (D-Union Twp.), who evidently told reporters that tomorrow’s headline should be, “Christie to seniors: Drop Dead.”

“I long ago stopped caring about what Joe Cryan said about anything,” said Christie. 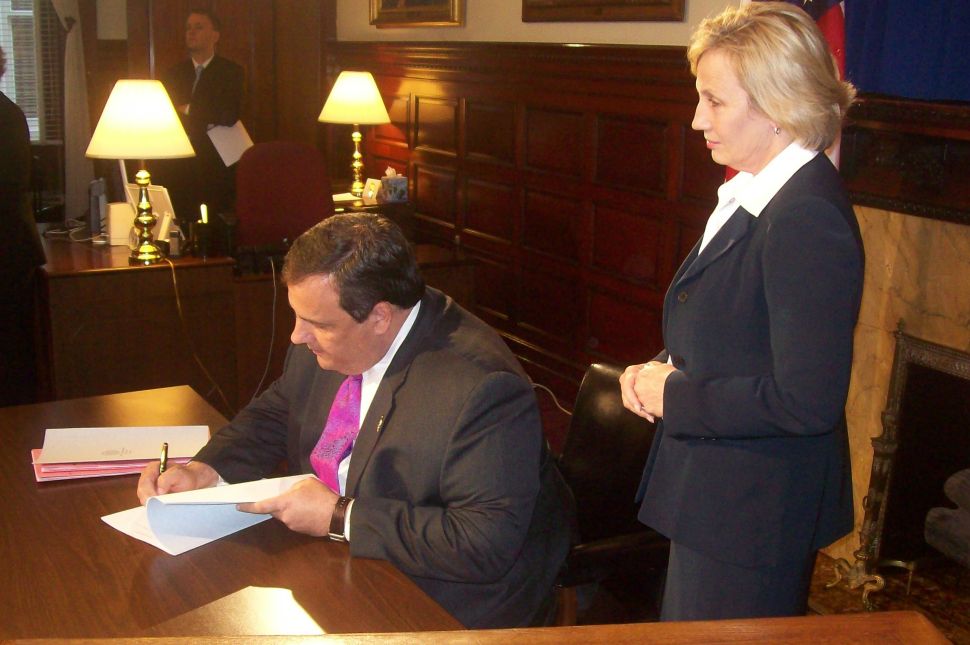