Anne M. Patterson,  a partner at one of New Jersey’s largest law firms and a former deputy state Attorney General, will be nominated today as an Associate Justice of the New Jersey Supreme Court.  Gov. Christopher Christie will announce that he will not renominate Justice John Wallace and that Patterson will be his choice.

Patterson, a 51-year-old Mendham resident, is a partner at Riker Danzig, and a graduate of Dartmouth College and Cornell University Law School.  According to her firm’s website, her practice is focused upon products liability litigation, including pharmaceutical, tobacco and chemical litigation, and commercial litigation.  She has also done legal work for New Jersey Republicans, representing the Committee on Vacancies during a switch of GOP gubernatorial candidates in 2001.

Wallace was named to the bench by Gov. James E. McGreevey in 2003, and would have been tenured had Christie submitted his nomination and had he won Senate approval.  He would have met the mandatory retirement age of seventy in two years.

Christie’s move gives Republicans a 4-3 majority on the top court, and increases the number of women Justices from three to four. 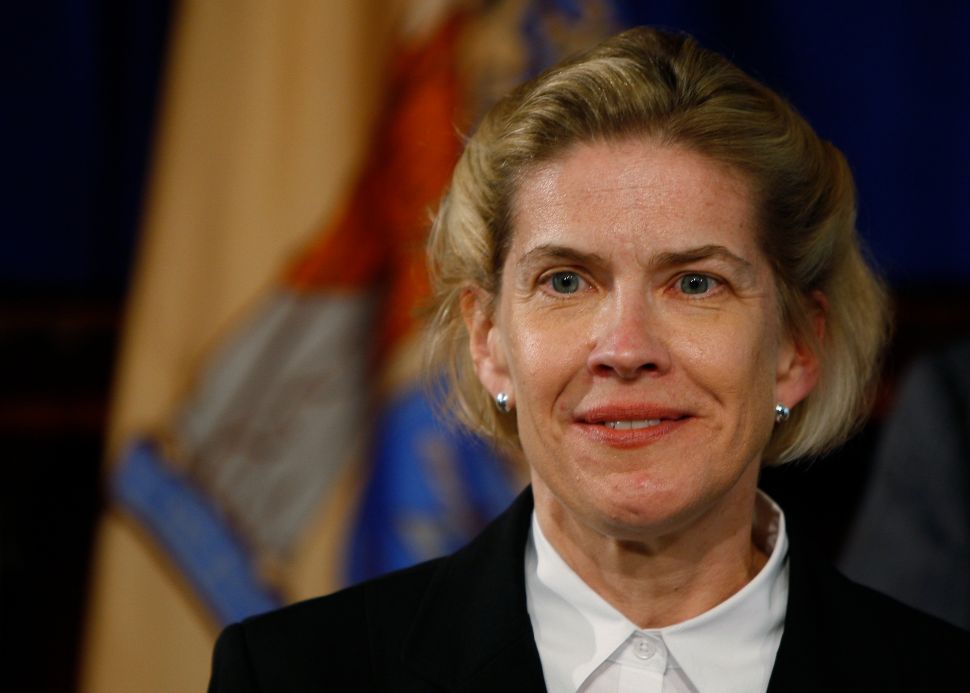