Vehemently denying the charges, Schneider is threatening to take legal action against the campaign of Councilman Brian Unger for stirring up the issue in the hours before Election Day.

A third candidate, angry homeowner Robert Krebs, believes he has an opening to win the election with Schneider and Unger battling amid bruising local headlines.

“It’s very unfortunate, because eventually the truth is going to come out one way or the other, which it always does,” said the candidate, referring to the Dwek story as he faced the ocean on the front lawn of his two-story Victorian that stands in the city’s redevelopment zone.

“It’s going to start leaking out one way or the other and the public is very distrustful of politicians now because this stuff just keeps coming and coming and coming and they’re just tired of it,” added Krebs, who has sued the city for refusing to take his property out of an area slated for demolition to make way for newer and more upscale Beachfront South housing to complement the existing Pier Village project.

“They accused the mayor and they accused the council, and that’s why we need a new mayor and a new council. We need a whole new attitude and a new way of doing things. …I don’t think anyone knows what the truth is except the participants. Now Dwek is going to keep talking and talking because he doesn’t want to do jail time, but the mayor did take (legal) contributions from Dwek.”

A certified financial planner, Krebs doesn’t worry about Unger. He thinks the damaged mayor will shed voters in his direction, instead of breaking for the poetry reading councilman.

“Is poetry going to help the city? I’ve been going around and the bottom line is I’ve gotten a very good reception because people are fed up with the taxes,” said the candidate, who’s spent less than $2,000 on his campaign, according to the state Election Law Enforcement Commission.

And he can’t sell his home to substantially recoup his losses because he’s in the redevelopment zone, chalked up as a public blight on the landscape.

“My house is messy – not blighted.”

Even his enemies admit off the record that Schneider remains formidable.

“I’m not a fan of Adam Schneider’s,” an Unger ally told PolitickerNJ.com, “but when he walks into a room at City Hall, he’s like Captain Kirk on the bridge of the Enterprise.”

In a local restaurant, a waitress slopped a coke, hot dog and relish pot down in front of a patron.

“I want him outta there,” she said of the mayor. “You don’t feel welcome down at Pier Village. There’s nothing for the kids to do anymore. It ain’t like it was in the old days. This is a working class town.”

Later, PolitickerNJ.com asked the owner who she wants to win the race.

Krebs simultaneously drives his message – and what he hopes is ultimately a big enough wedge – a tough proposition up against an incumbent who is embattled but who thrives on battle, and another challenger previously wounded by Schneider in the course of the campaign, but who has better name ID and organization than Krebs. 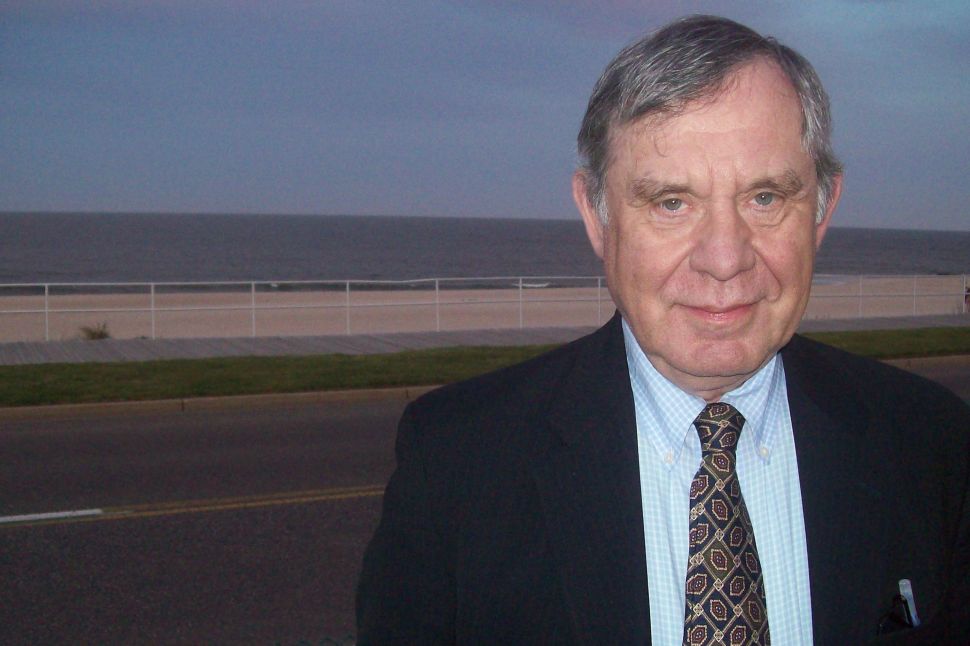