Terrified of a taxpayer revolt in a 4-1 Democratic town, the West Orange political establishment blitzed homes this weekend with mailers and robocalls featuring a constellation of elected official celebrities endorsing the mayoral candidacy of Councilman Robert Parisi over Llewellyn Park insurgent John Schmidt.

“I am so confident right now – we’re going to win,” said a Parisi campaign worker on his way out of headquarters on Saturday. “This campaign is running like clockwork.”

But a failed school budget boomeranging on the nerve center of local power, an endorsement of Schmidt by the West Orange Chronicle, and an unlikely coalition around the City Hall outsider all feed the sense of a tipping point toppling away from Parisi, who is outspending his opponent by 5-1.

Codey also chipped in a robocall for the incumbent councilman, who possesses deep roots in the town.

Part of the message is that Schmidt, a registered Republican, is an out of sync creature of Gov. Chris Christie’s. A counter-punching Schmidt throughout has insisted on the independent nature of the contest, by definition, and argues that his opponent is simply trying to use labels to cover up a record of top-heavy government unfriendly to the residents of West Orange.

“He has a record which is pretty indefensible when you consider the issues I ran on, including overtaxation and pay to play politics,” said Schmidt. “I’m running on his record and they’re trying to change the subject. The people in West Orange know what the issues are. People are burdened with these tax rates. They’re panicked.” 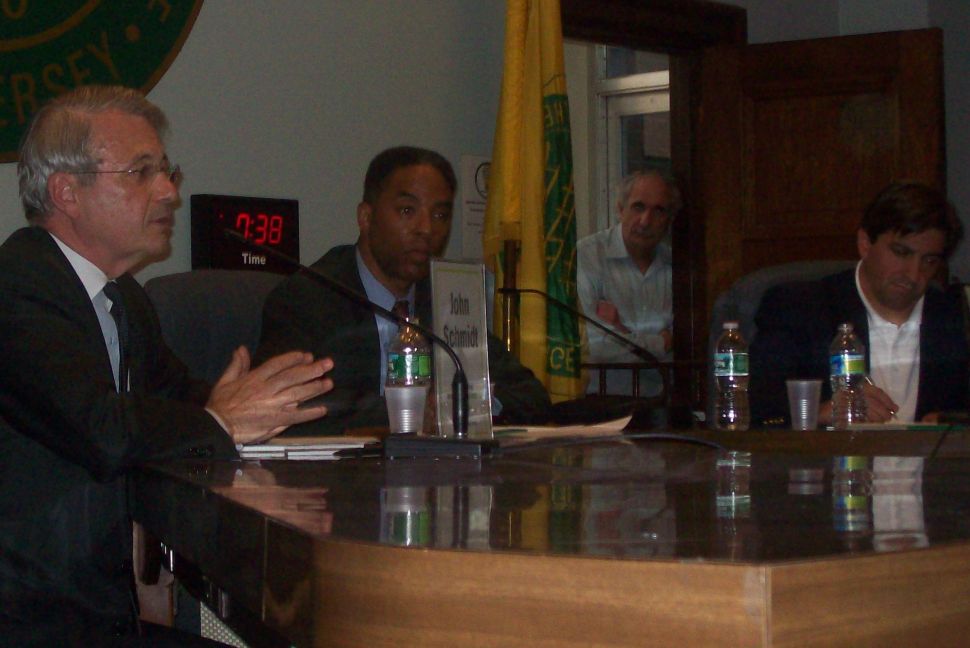