TRENTON – Its a semantics snafu driven by ideology on both sides.

From his perch on the Assembly Appropriations Committee, Assemblyman John DiMaio (R-Hackettstown) now takes a crack at the Pou-Greenwald double team, questioning wheher the millionaries’ tax as presented would actually generate $637 million.

“The point being, I don’t think the information is reliable,” says the Republican. “The reality is we’re sitting here with an $11 billion shortfall.”

Pou tries to back him down.

“Since you’re referring to Dr. Rosen’s memo, we can get clarification from Dr. Rosen, who’s right here, I want to make sure you’re clear.”

Rosen confirms that his estimates project $637 from the millionaires’ tax.

“You’re going to loss jobs,” Dimaio says. “We can’t keep driving people out of the state.” 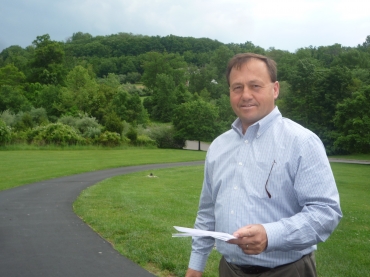