LONG BRANCH – Stung by courtroom testimony made last week by Solomon Dwek, then hit with weekend mail underlining that testimony, embattled Long Branch Mayor Adam Schneider today blamed his opponent for presenting the statement of a known thief as the truth in a last minute glossy attempt to win Tuesday’s election.

At the federal trial of former Assemblyman Dan Van Pelt last Wednesday, convicted felon Dwek said he gave bribes to the mayor of Long Branch through middle men, a bombshell that the 20-year incumbent Schneider promptly denounced as a lie.

“I have instructed my attorney to immediately prepare and serve a demand upon Mr. Unger, and Mr. Politano to retract and publicly apologize for the comments made in relation to Mr. Unger’s last minute attempt to save his failing political campaign,” said Schneider.

“This is required under law as the first step in the legal process to protect my good name from slanderous and libelous conduct. I am giving them 24 hours to publicly apologize. Without an apology they will be served first thing Monday morning.”

Contacted Sunday night, Unger said, “The court records speaks for itself. This was the sworn testimony in a federal legal proceeding.”

Equally unapologetic and emboldened by the belief that now Schneider, not the excitable Unger, is flailing, Politano said he hadn’t heard of Schneider’s threat until questioned by PolitickerNJ.com.

“This is a public figure under oath,” the campaign consultant said of Dwek. “The mail was truthful, accurate and documented. I guess the truth hurts.”

The fiercest of political enemies prior to Dwek’s testimony in the Van Pelt trial, Schneider and Unger maintained their public campaign schedules as their clash intensified.

“At our rally on Saturday we had over 300 people,” said Schneider campaign consultant Rachel Napear. “We’re fired up. The community’s rising up. They may disagree or not like Adam, but they know he’s an honest guy.”

Unger, for his part, participated in a labor walk on Saturday afternoon. 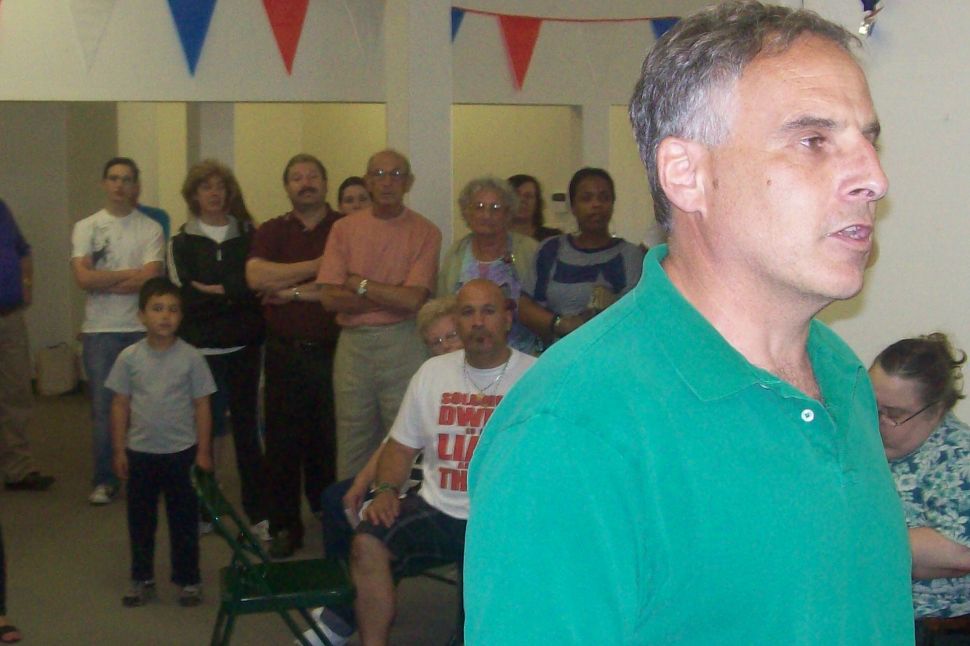