An establishment Republican congressman facing Tea Party challengers is specifically burnishing support from Gov. Chris Christie as evidence that he has a strong conservative Republican on his side.

Facing no fewer than three Tea Party-affiliated conservatives as he runs for his second term as the 7th Congressional District incumbent, U.S. Rep. Leonard Lance (R-Lebanon) turned to Christie for official fortification at a fundraising rally two Fridays ago at the Warren Somerset Hills Hotel.

“Leonard Lance has always been a clear voice for fiscal responsibility,” said the pro-life Christie, who in just over four months in office has endeared himself to hard right radio shock jocks seeking an ironfisted champion.

A Hunterdon County GOP institution with a moderate, pro-environment record and an intellectual, understated demeanor, former state Senate Minority Leader Lance faces three challengers who to this point have fought one another as much as taken aim at the incumbent: Hunderdon businessmen David Larsen and Lon Hosford, and Union County businessman Bruce Baker.

Alert to the fact that Lance is pro-choice and weathered an upswell of anger last year over his cap and trade vote, Christie made sure to nail down bankable GOP buzz words in his buildup of the moderate Republican congressman.

In another GOP congressional primary, an establishment Republican challenger has also emphasized her ties to the governor, who stopped just short of issuing an endorsement.

Up against Highlands Mayor Anna Little, the Diane Gooch for Congress Campaign in the 6th District basked in an April boost from Christie, promptly turning a friendly nod from the governor at their candidate into an upbeat press release.

For the record, Christie hasn’t formally endorsed Gooch, but he came close when he sighted her in the front row of an April bill signing and said, “She’s worked hard her whole life on ocean protection. And we look forward to working with her as she expresses her views.”

“At his 100 day celebration he also mentioned Diane and publicly showed his support, but the governor has said he does not want to get involved in Congressional primaries,” said Gooch spokeswoman Toni Angelini.

When the governor went to Monmouth Raceway over the weekend for a bill signing, Little’s presence drew a back grumble from Gooch allies, who suggested that she was politicizing the event by having supporters there brandishing Little for Congress signs.

Little argued she was within her rights to be there.

“I’m a mayor and I was invited to come and support the governor,” Little told PolitickerNJ.com. “He needs support. He’s doing things he promised. I’m a homegrown grassroots oriented elected official, so I have concerns about state mandates. But I cannot disagree with what he’s proposing. I believe we were already down to a flat budget, that is, under the 2.5% increase in Highlands. I just expect the size of state government to be reduced. The state needs to look at the state very heavily.”

As others position themselves around Christie, the governor took a strong stand alongside Lance. 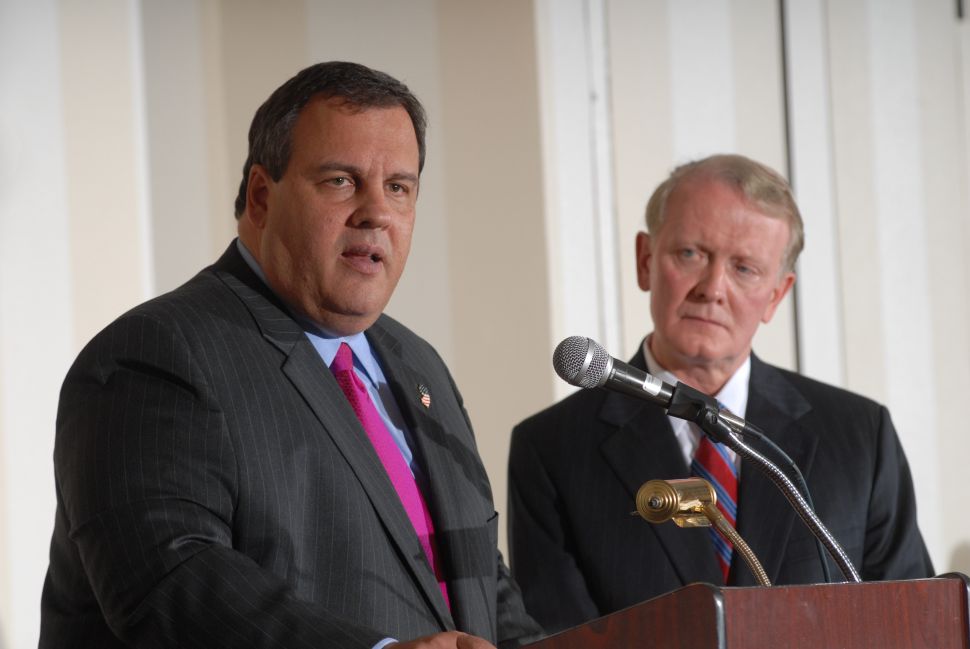