NEWARK – The scrappy combined campaign of South Ward candidate Ras Baraka and mayoral candidate Clifford Minor is making its most concerted stand in the South Ward, where early returns show higher than usual voter output but not a massive uprising.

The allies of the combined incumbent team of Mayor Cory Booker and South Ward Councilman Oscar James II take heart in the performance of working class voters who mostly go to the polls after returning home from work, but Baraka campaign manager Julius Montford says his man has his best shot if they keep driving numbers in the South.

One campaign challenge is projecting a dual Minor-Baraka force field to voters, difficult considering the differences between the two candidiates – the former a retired judge and the latter a community activist.

“What a lot of people see in Cliff and Ras is independence,” Montford tells PolitickerNJ.com. “They see two candidates who are not beholden to the mayor. Although Ras and Cliff are on the same team, they are not afraid to have differences of opinion. It’s not going to be a lockstep ‘yes’ situation.

Montford anticipates high voter turnout in the South Ward – 12,000 is the number he wants to see – and so far, if the streets and activity are any indication, the ward has that ginned up Election Day feel. 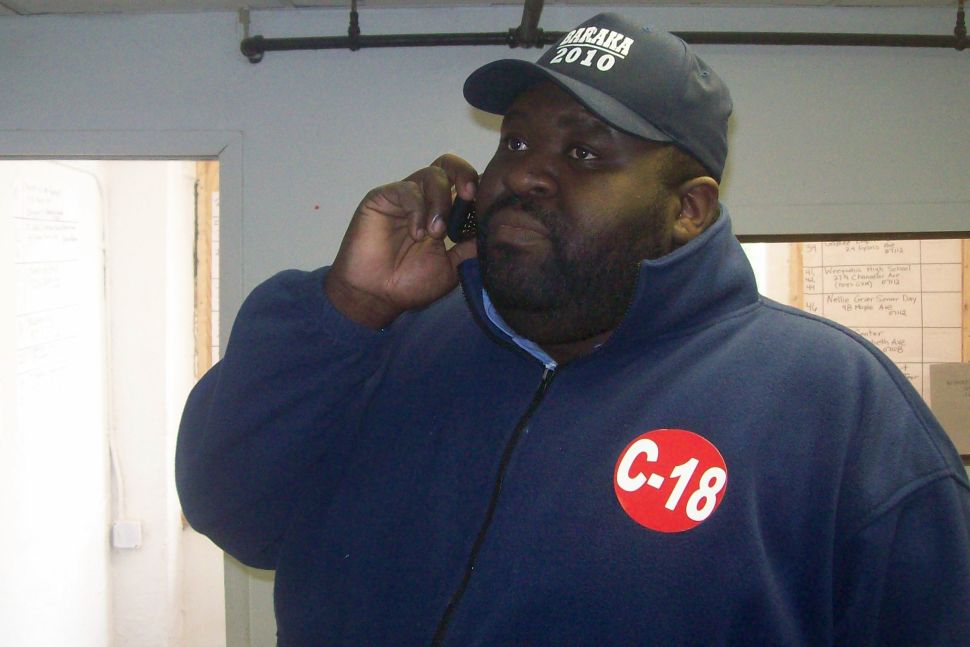