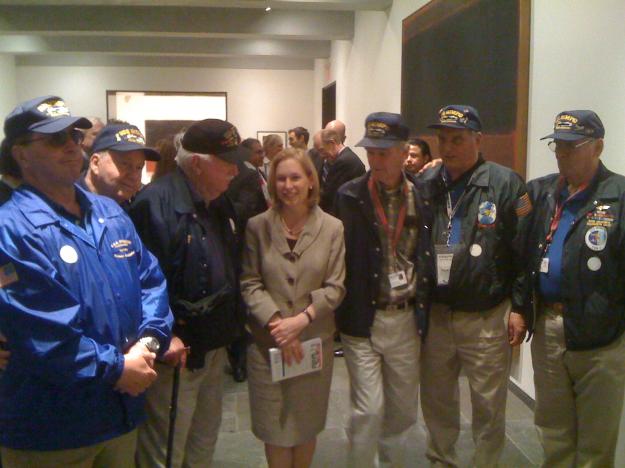 Before the tour, Ms. Gillibrand posed for a picture with the Intrepid veterans.

Mr. Stone--who said he was also sometimes known as 'Ramon the Tango Dancer'--is to the left, with the cane, looking down at the book he had given her.

"You won't be able to put this book down," said one of the vets.

"You can get it at Amazon. Or on the ship," Mr. Stone told me. "I'm also distributed at the Landmark Cafe, a bar we frequent." 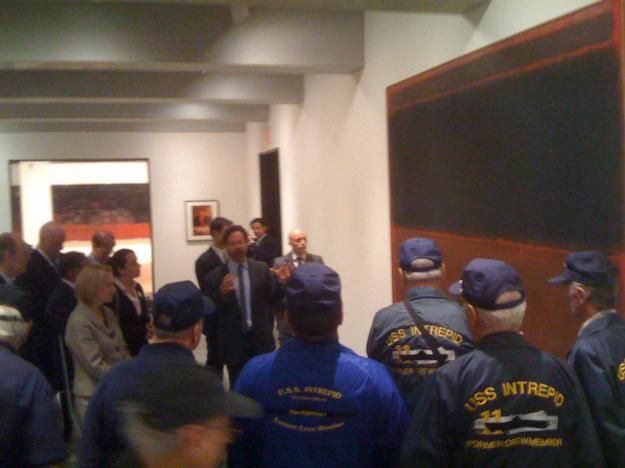 The Whitney's Director Adam Weinberg quieted the crowd to talk about the Rothko towering over them.

"The idea with Rothko is that you're supposed to get totally involved in the colors and shapes of the painting," he said. "The idea that you're totally enveloped by color and shape, and the idea that everything is almost like fog, like the fog lifting on the water."

"I'm partial to Rothkos, I'd say," Ms Gillibrand told me later. "I like the bold color, the imagery."

"I've had palettes that were more interesting," Stoney said. 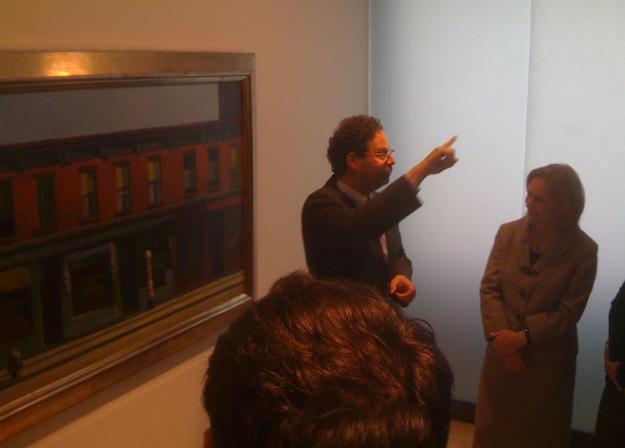 After another brief stop, Mr. Weinberg said: "I wouldn't be right if I didn't show you at least one Edward Hopper."

"He's one of my favorites!" said Stoney, as the group crowded into an illuminated anteroom.

"You got it, you got it. This is a painting called Early Sunday Morning," said Mr. Weinberg, before explaining the historical context. Ms. Gillibrand smiled at his side.

"Come, we'll go and see another friend who will surprise you," he said. 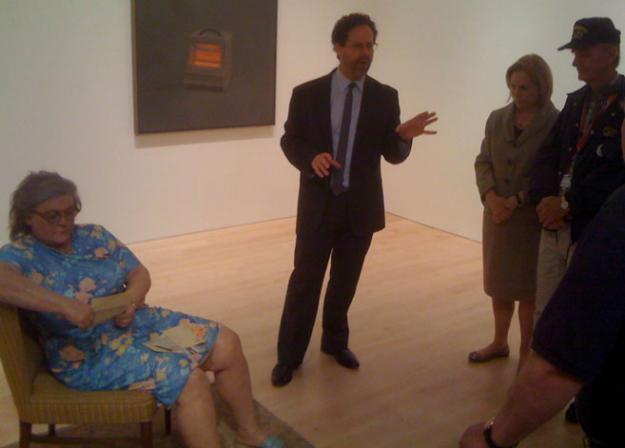 "This lady over here is my mother, she's here every day--No, I'm joking," Weinberg said of the Duane Johnson sculpture Woman With Dog. He explained that artists in this period took the everyday and seemingly mundane, and made it something worth thinking about.

No one had much to say about this one, because everyone was distracted by the vinyl Claes Oldenburg toilet in the corner. 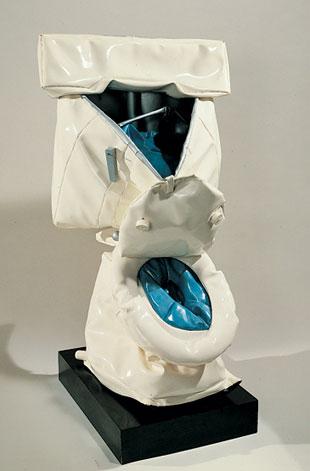 No one could resist making jokes about Claes Oldenburg's Soft Toilet.

"Please don't use it," Mr. Weinberg joked. "Here's something everybody uses something every day. He made it soft, he made it mushy, so the next time you go to the toilet, you'll never look at it quite the same way."

"That toilet is nicer than any toilet we had in Iraq," said Paul Riekhoff, the executive director of Iraq and Afghanistan Veterans of America. 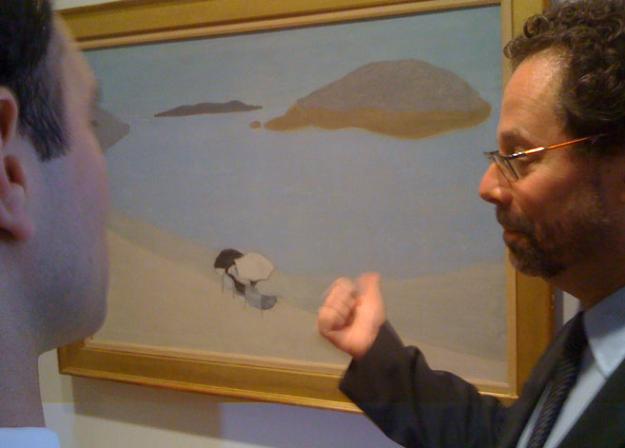 "Isn't that beautiful?" asked Mr. Weinberg. "He was the teacher of Mark Rothko."

"Beautiful. So easing and restful. I would like this one in my bedroom," said Ms. Gillibrand, who told me this one was her favorite in the exhibition. "I did art history at Dartmouth, but only one semester, so I'm not much of an expert." 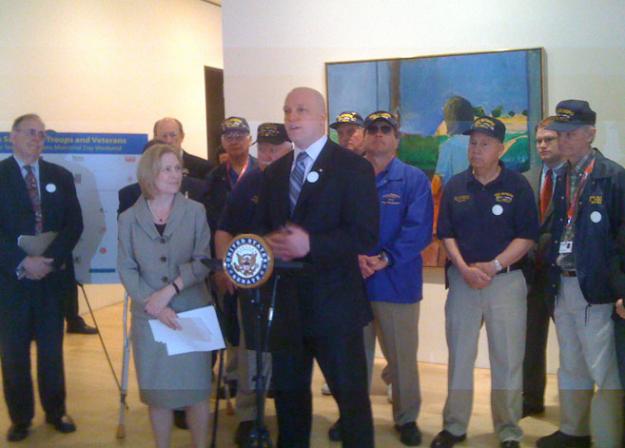 After the tour, there was a press conference to officially announce the Memorial Day initiative.

"This is just one of the many ways Americans are stepping up and showing their support for those who have served," said Mr. Rieckhoff.

After his remarks, Mr. Rieckhoff told me had met Senator Gillibrand before; when she was an upstate congresswoman she had requested a meeting with him. "She sat down with me and told me: 'Tell me what I need to know," he said. "She listened and she's been consistent in her leadership ever since. And it's an important point. A lot of people say they support the troops, but when you step up and do it, it makes a difference."

He cited her work strengthening the G.I. Bill, which several of the more recent veterans said had helped them go back to school.

"People assume that vets aren't into the arts or aren't into culture," he said, "but people like Norman Mailer went to school on the G.I. Bill." 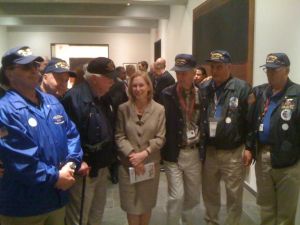 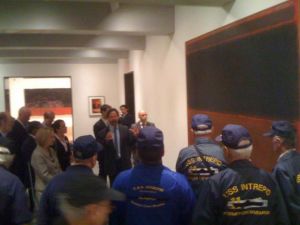 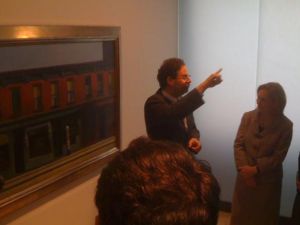 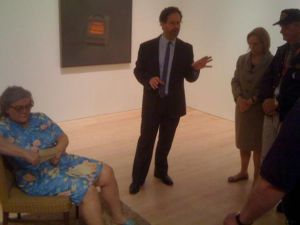 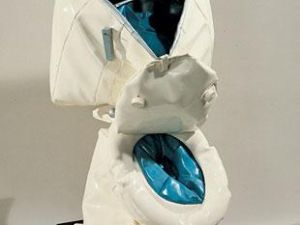 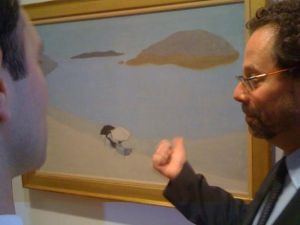 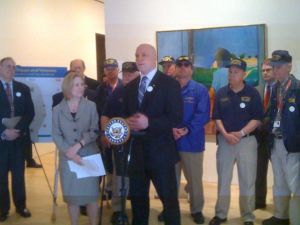