There will be turnover at City Hall, as Mayor-elect Jeffrey Jones takes charge, and Pou’s people anticipate that she will clean her desk out with the rest.

Pou believes that if Torres – a loser by 600 votes on Tuesday night – had a failing as mayor, it was humility.

He didn’t know how to promote himself amid a blizzard of BlackBerry and Twitter messaging.

“I think the mayor certainly made a very good effort, and has done a fabulous job as mayor,” said Pou. “I think the mayor-elect will do just as fine a job. He certainly has the experience. He has been on the council. I know he’s going to need a great deal of help and I believe he’s certainly going to get that, and get the support of the people. I wish him well.

“I’m sad for Mayor Torres,” Pou admitted. “I think he did a great job.”

Others in Trenton bemoaned Torres’s bad luck in simultaneously trying grit through an economic downturn and a local property revaluation.

A member of the inner circle of Torres’s political arm, Pou said the mayor’s loss shouldn’t be read as a problem for any of Torres’ friends, including U.S. Sen. Robert Menendez. 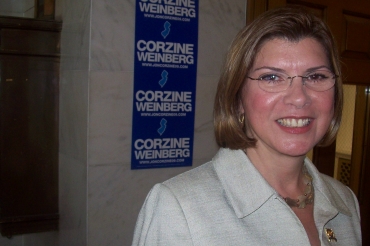