NEWARK – Challenger Peter Pantoliano swamps the East Ward with signs and lit drops – an overwhelming presence rivaled only by the near ubiquity of the man himself – in an effort to bump East Ward Councilman Augusto Amador.

Throwing his own money into his candidacy, Pantoliano has essentially tried to stitch together a coalition of Brazilians, Blacks and business people, in addition to outcast Portuguese and others.

But Amador and his allies believe they start with a base of 3,000 voters in the city’s smallest ward, where 4,500 total votes indicate normal to above average turnout. The first Portuguese to represent the East Ward, Amador provides constituent services to immigrants and their families – in addition to those who have been here for multiple generations – in both English and – most importantly – Portuguese.

His little City Hall is busy.

Running as a member of the Booker Team, Amador belongs to the East Ward Democratic Organization, which means if he is not a complete solo act, he nevertheless doesn’t have to take orders from the mayor. That has made him enemies among Booker’s allies, including the mayor’s campaign manager Pablo Fonseca, a friend of Pantoliano’s.

Amador chastised Fonseca in a City Hall showdown a few weeks ago, blaming the Booker political brain for enticing Pantoliano into the race to run as a pro Booker independent and dividing the East Ward in part as a cynical maneuver to drive up voter turnout in the ward where the mayor polls very well.

For his part, the electric Pantoliano, an optometrist who was born and raised in Hoboken, delights in the fire of competition.

“Win or lose, I’m energized, and I have a very good feeling that goodness will prevail,” said the challenger. “The business people make their money and they go home, but they care about the life and future of the community, so they know I’m the better choice. The Blacks and Hispanics and Latinos and a lot of people assumed to be the minority, as a group are the actual majority. The Portuguese people – his base – has been falling apart every year percentage-wise.

The race went nuclear early, a circumstance complicated by the compressed geography of the ward, where the candidates constantly run into each other and later recount uncomfortable encounters.

There was a reported nosse-to-nose moment between Pantoliano and Amador ally Joe Parlavecchio.

And then there’s the mail.

Confident in the fortress of their base supporters, Amador this past week tried to buzz-kill the challenger with an all-English language closing argument specifically designed to deep-six Pantoliano among undecided voters.

The councilman maintained a rolling schedule of ribbon cuttings and campaign events. Late in the week, he walked out of a jam-packed, ginned-up senior citizen event attended by the mayor.

“We’re going to win,” said Amador, the fidgety irritation over Pantoliano’s initial entry into the contest now replaced with steely political will.

Pantoliano still squirms at what he sees as Amador’s lordly bearing, and is convinced his campaign has broken through with a refreshing, regular guy alternative.

“I’m going to make it my business to protect the Portuguese people, but I’m not going to neglect the other people,” the challenger promised. “I think that’s the problem. He’s focused on his base. He’s worried about self-service ahead of public service. He’s worried about his job and his future and his pension from a city hemmorhaging for money, and he does not not honestly, genuinely care about the people.”

Another event hits the calendar two days before Election Day – a Taste of Portugal -which will once again cram the two adversaries into a small and mutually discomfiting space, bound up together in the Ironbound. 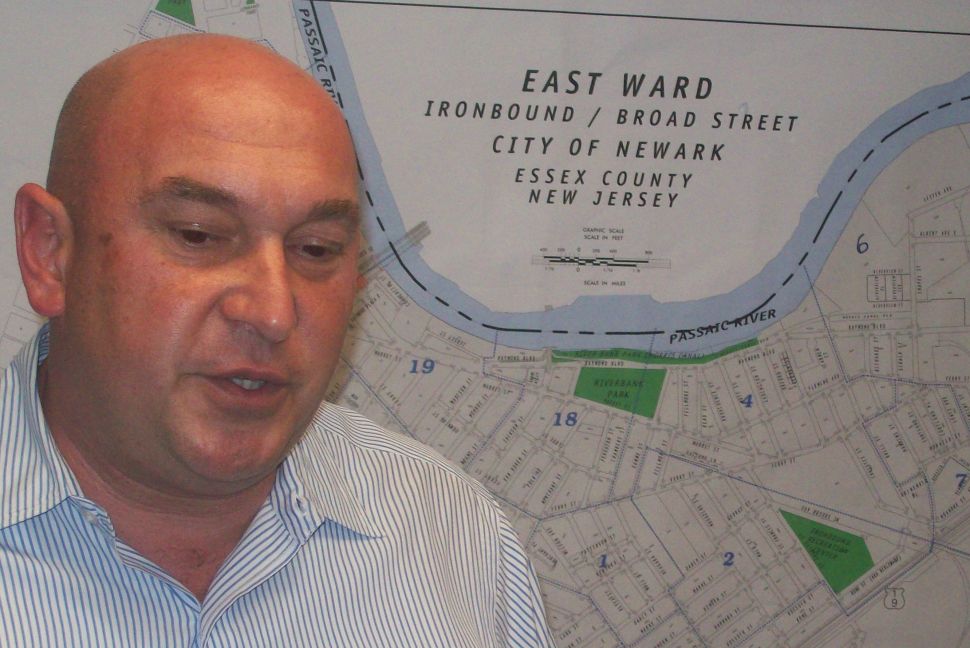