Fighting the local political establishment, Trenton mayoral candidate Frank Weeden pulls to a stop on Wayne Avenue in a pickup truck plastered over with campaign signs.

“I just think it’s cynical in this day and age to believe that because I’m white, I can’t win,” says Weeden, who owns a candle factory and came in fourth in the 2006 election as an unknown with ten percent of the vote.

A steadfast opponent of the waterworks sale championed by retiring Mayor Doug Palmer and a regular City Hall critic of the Palmer administration, Weeden argues that he has been at the oppositional forefront of the city’s battles and with eight days left in the race for mayor seeks to impose his argument that he actually has a record that stands up under scrutiny.

Political operatives last week gave the edge in the mayor’s race to former Mercer Freeholder Tony Mack and At-Large Councilman Manny Segura – both of whom have defined themselves in recent years as staunch opponents of the mayor’s.

But the candidates’ positions as presumptive frontrunners also created the impetus for other sides to attack.

Mack arguably took the worst of it, as he weathered newspaper headlines about past campaign finance jam-ups.

Now, as DPW Director Eric Jackson and Council President Paul Pintella try to demolish Mack while unwittingly siphoning base voters from each other and further weakening the establishment’s chances at maintaining power, Weeden battles for the affections of those tax-infuriated voters also sought by businessman John Harmon, who came in third with 15% behind Mack in 2006.

Weeden figures he starts with the 10% he won four years ago, and now believes he has the additional ammunition of a Palmer era in retreat.

“Last week, the state was forced to intervene and impose a 22% tax increase because our administration and elected officials could not balance our municipal budget,” says the candidate. “It is the biggest tax increase in Trenton history and will devastate Trenton homeowners and businesses.

“By March 2008, the beginning of the recession, our city’s finances were already clearly in trouble due to administration excesses and mismanagement. To make up the 2009 budget deficit, City Hall sought a short term fix and planned to use revenue from the proposed Works sale. Despite the February 2009 filing of a sale protest petition, the administration and Council continued to assume $20 milion in revenue from the sale, spent money it did not have, and irresponsibly put off resolution of its structural deficit problems. The following 2010 budget reflected continuing disregard of structural problems and again assumed a successful sale. That sale did not materialize. By this April 2010, over ten months into the 2010 budget year, having failed to adopt or implement a contingency plan, the administration and Council failed to pass a balanced budget.”

The establishment candidates must be held accountable, says Weeden, who believes the very idea that Jackson and Pintella are even running amid the wreckage of their own making suggests a tone deafness earned over years in power.

Palmer as he departs blasts Weeden as a guy who opposes everything.

“In the run-off election, I will work even harder for the June waterworks sale referendum than I will for any one candidate,” says the mayor. “This is a win for Trenton. Remember, we’re keeping our filtration plant and reservoir with this. We’re not selling our assets. We’re selling two-thirds of our pipes to American for $400 million over the next 20 years.”

Nearly everyone else has issued some kind of statement in opposition to the sale, but Weeden, walking across Wayne Avenue, who as one of the leaders of a citizens’ petition drive, led the fight to get the issue put to a referendum, says he’s the one who can make the strongest case in a runoff, based on his record – race be damned.

But as he tries to gain access to a picnic to talk to voters, he’s told he can’t be seen in the vicinity, where this group of people – at least on Sunday – swing toward Harmon. 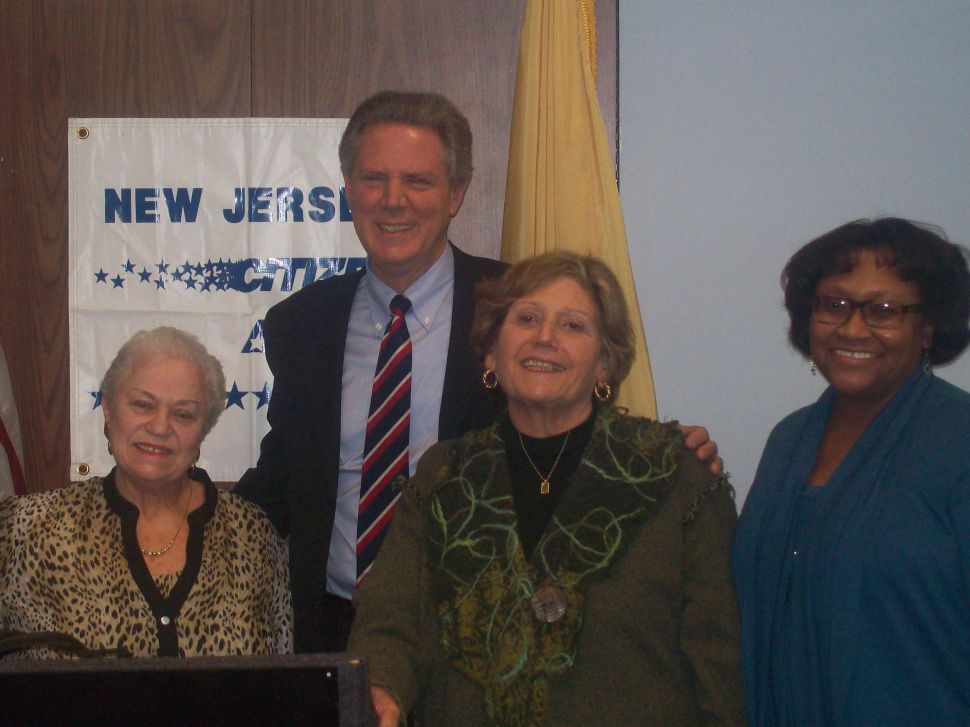