TRENTON – The legislators pour out of their respective caucus rooms and take their seats in the Assembly chamber.

Sources in both parties say Republicans are unanimous in their opposition to the millionaires’ tax, which is slated for a vote this afternoon, while Democrats are uniformly lined up behind the tax.

Committed to a no new tax pledge, Gov. Chris Christie said he would veto the tax if it lands on his desk.

Holding a majority in the chamber, Democrats argue the tax on less than one percent of New Jerseyans would generate $600,000 for seniors and the state’s most vulnerable citizens. 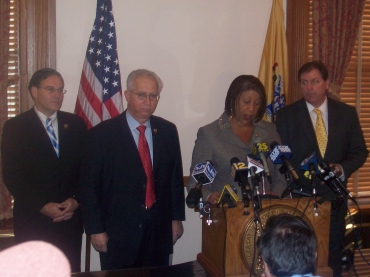