NEWARK – Allies of South Ward Councilman Oscar James II rallied at the incumbent’s Clinton Avenue headquarters on Saturday, underscoring their closing argument that having a fulltime representative at City Hall beats an alternative who would have to juggle two jobs.

Booker and James believe their message of inclusion has penetrated against the bunker-style South Ward candidacy of Ras Baraka, a former deputy mayor and current principal of Central High School.

“You need someone who has one job, one focus, one purpose – and that purpose is public service.”

The rally was as much an affirmation of the  mayor as an organizational send-up for James on the final Saturday before Election Day.

“They talk about the $7.5 million this mayor is spending on his re-election bid, but what they don’t talk about is the $100 million in private sector resources that he has brought to this city in these hard economic times,” Booker operative Terrance Bankston told the crowd. “That’s $100 million for service programs, parks and modern technology for police cars and cameras. There is only one choice, This is not about personality. This is not about whether the mayor sat at the bar and had a drink with you. This is not about him not giving someone a job at City Hall when there is 15% unemployment in the city. Don’t let them deceive you. He’s doing a damn good job.”

Convinced Booker is little more than a corporate comprador and James his South Ward underling, Baraka, struggling on the fundraising side of his campaign, said of the contest, “I’ll take 500 true believers over their 2,000 mercenaries any day.” 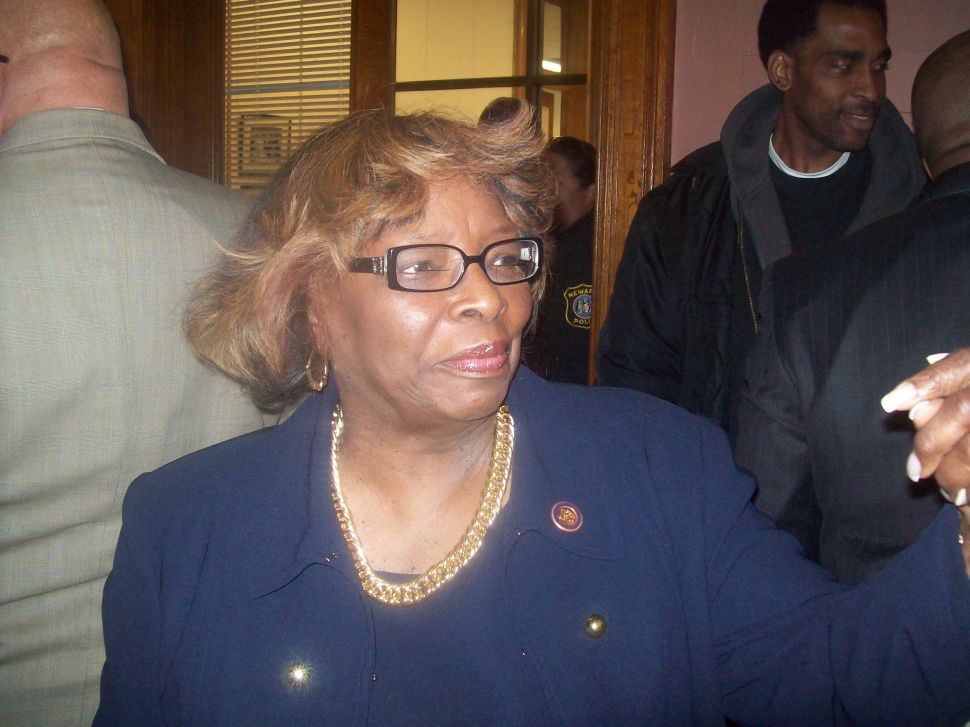