PATERSON – When Mayor-elect Jeff Jones left his jam-packed victory party at the Jacksonville club Tuesday night, he went home and thought about his win and sounded content on reflection.

“My granddaughter is at home sleeping with her father,” said Jones. “I pray to God for courage and strength and for clarity. And I say a prayer, too, for my father, who passed away in 1996. I believe in destiny. My life’s path was predetermined. I had to go through the doors that were open to me.”

He sounded a note of humilty in victory.

In an inverse of the Newark contest in which Mayor Cory Booker overpowered his challenger by a 14-1 spending advantage, Jones ran a scrappy, unassuming campaign on $51,368 against the mayor’s $906,360.

“The people found someone who best aligned with what they felt,” said the upset winner of the night in a city often relegated to tortured stepchild status in the shadow of Newark. “Maybe I stepped up and met that criteria. It’s a community. I didn’t attain my goal, which was to get 10,000 votes. We fell short of that.

“It wasn’t a large number that turned out,” added Jones, president of the City Council, a college instructor and former Marine. “Apathy still characterizes the vast majority of voters. Ten percent of registered voters turned out. There’s a disconnect. This is not an overwhelming victory, by any stretch. The percentage of voters involved illustrates a people discouraged by the system. People voting in a mayor’s race barely broke (29%) of the voters. That’s the message. The City of Paterson needs to do more for its people.”

The first African-American Democrat elected mayor of Paterson, Jones reflected no tone of delight in that historic fact.

“I don’t know if it has any relevance,” he said. “I’m a Patersonian. I’m a Patersonian first, the other is secondary to me. I left this city for four years when I served this country, and came back. I was born here. I live here.”

In a three-way race that included Ward 6 Councilman Andre Sayegh, who broke up Torres’s base, Jones drilled into his core voters: African-American working poor. His victory party at Jacksonville was a bash crammed with supporters up and down the length of the bar, cheek by jowl in the hallways and on the dance floor, and on the narrow stairway up to the second story, where shortly after winning, the mayor-elect happily sat at a table with his allies.

“He was an ocean and we were a shot glass,” the lanky Jones said of his financially well-heeled rival. “If money could buy and rule all things, all of the poor people would be poor. Incumbency doesn’t have much of a life right now. Again, the numbers were not that great. I’m disappointed, honestly –  but it means I have to work that much harder.”

He didn’t talk to Torres on Tuesday night.

“All the folks didn’t afford me the opportunity to call,” said the mayor-elect. “He did what he did. He helped move the city forward. Joey is friend, was a friend, is a friend. He’s a Patersonian, a son of the city. What he did, other mayors tried and failed to do. I think it’s now a different direction, which is about people. But I give Joey great credit for what he did.”

An independent progressive Democrat disconnected from the party establishment in Paterson and Passaic County, Jones flirted with backing Gov. Chris Christie in last year’s gubernatorial contest before siding with Jon Corzine. He recieved a congratulatory call on Tuesday night from the governor’s office but was unable to speak to Christie.

“We’ll be having some conversation in the future,” said the mayor-elect, whose inner circle in the wake of the election included Councilman Ken Morris, Jr., who served as council president prior to Jones.

“The council is the council, and I respect what that body does,” Jones said. “Whoever the president is, I have no desire to be in conflcit to the detriment of the community. Nor do I seek to impose control. We are separate branches of government. As mayor, I will bring ideas in and seek cooperation.”

He does not know if he will continue to serve as director of student support services at Passaic Valley Community College when he becomes mayor.

“I’ll have to figure out what my requirements are going to be,” Jones said. “I don’t know if the rigors of the job are going to demand something else. I love working with my students; if at all possible, I’d love to continue. I think I demonstrated in this campaign that one doesn’t need to be evil and mean and political – just part of the community.” 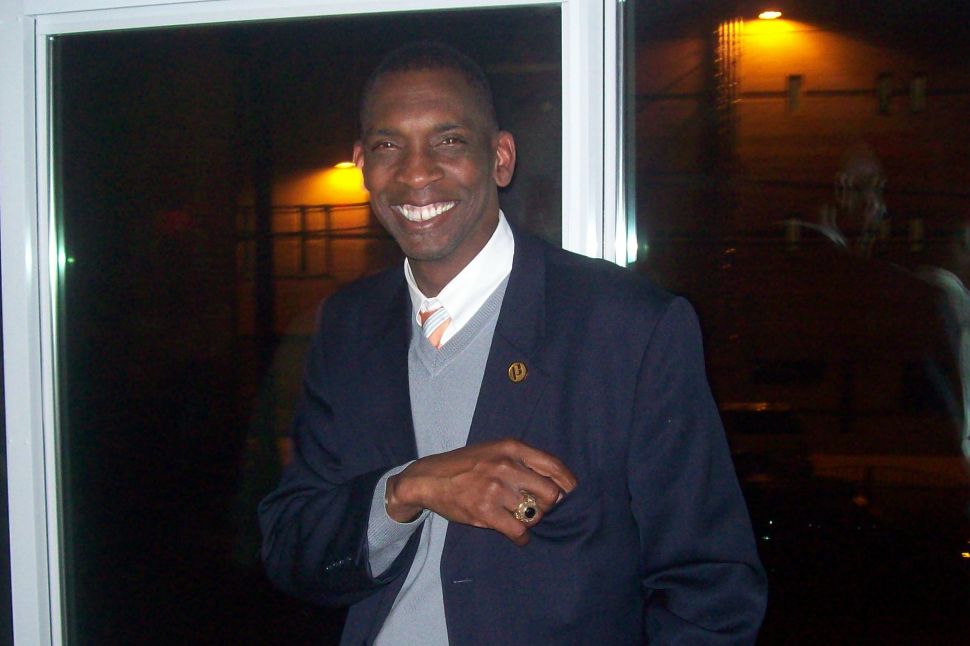