State Sen. Joe Kyrillos (R-Middletown), a longtime ally of the governor’s and a member of the Senate Judiciary Committee, said Democrats need to give Mendham attorney Anne Patterson a fair hearing.

Up for re-appointment 22 months in front of his 70th birthday and mandatory retirement, Wallace received a thumbs down from the governor, immediately sending Sweeney on offense.

“I’m trying to categorize it as overheated rhetoric because to not have a hearing is a breach of our oath,” Kyrillos said. “People I serve with in the senate need to live up to their oath to uphold the constituion. To allow a nominee to sit for two years is a breach of that oath.”

Kyrillos said once emotions subside, he is confident Patterson will receive her hearing before the judiciary committee.

“Over the course of time attitudes will be readjusted and there will be a debate on the merits of this nominee,” said the veteran GOP senator.

Kyrillos argued that Democrats havelong coddled one another in a mutual comfort zone.

“The second question people have to ask is if public justices deserve lifetime tenure from their initial nomination, and I don’t agree with that,” he said. “There seems to be this assumption among the political elites that you should be automatically renominated.”

As for the argument that Christie blew any hopes of building political ties to the African-American community, Kyrillos said, “The governor’s going to make other nominations to the Supreme Court, that’s a given.”

In the meantime, “The court has lost its way and contributed to making the state uncompetitive.” 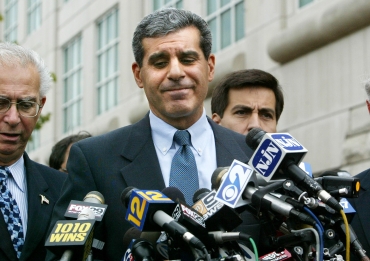