Larsen yesterday released a link to his website and a cartoon depicting Lance as a cap and trade tool of the Democratic Party.

But Lance, who said he would vote against cap and trade again if it came before him in the House, sharpened his own target in the form of House Speaker Nancy Pelosi and Senate Majority Leader Harry Reid.

He even found a way to work former Gov. Jim McGreevey in there.

Then he ticks off his key opposition to President Barack Obama on what he calls “Obamacare, a failed stimulus package and the bank bailout bill.”

Lance seeks re-election against three opponents, including Larsen, who run to the congressman’s right mostly by singling out his initial aye vote on the cap and trade bill. 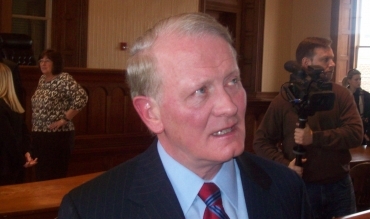