The “David Larsen” signs have sprung up around the 7th Congressional District as the Tewksbury businessman attemps to dislodge freshman U.S. Rep. Leonard Lance (R-Lebanon), and today the campaign released an animated web ad excoriating Lance for his yes vote on cap and trade.

“Let’s just say my people of New Jersey can pay more taxes,” Lance says to the question, “Aren’t you a Republican?”

Then Larsen appears as a live action antedote to the cartoon.

“Cap and trade is just another energy tax that will put the brakes on our economy,” says the challenger. 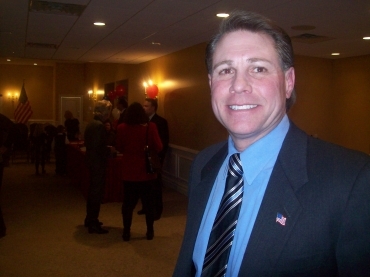