As Governor Chris Christie’s numbers declined in this week’s Fairleigh Dickinson University poll, so too did the favorables of the governor’s nemesis of choice: the New Jersey Education Association (NJEA).

“It is unusual for any one interest group to be front and center for such a sustained time in state politics,” said Peter Woolley, a political scientist and director of the poll. “It is even more unusual that a candidate, party or interest group investing so much in advertising and organizing would lose ground.”

In other results from the same poll, 90% (85%) have not heard of or have no opinion of the outspoken leader of teachers’ union leader Barbara Keshishian.

Fifty-one percent of all voters agree that two to three years is enough time to evaluate a new teacher for tenure, while 40% say it’s not enough time. But public employee households by a margin of 2-to-1 (63-31) say it’s enough time while other voters split on the issue (47-43). 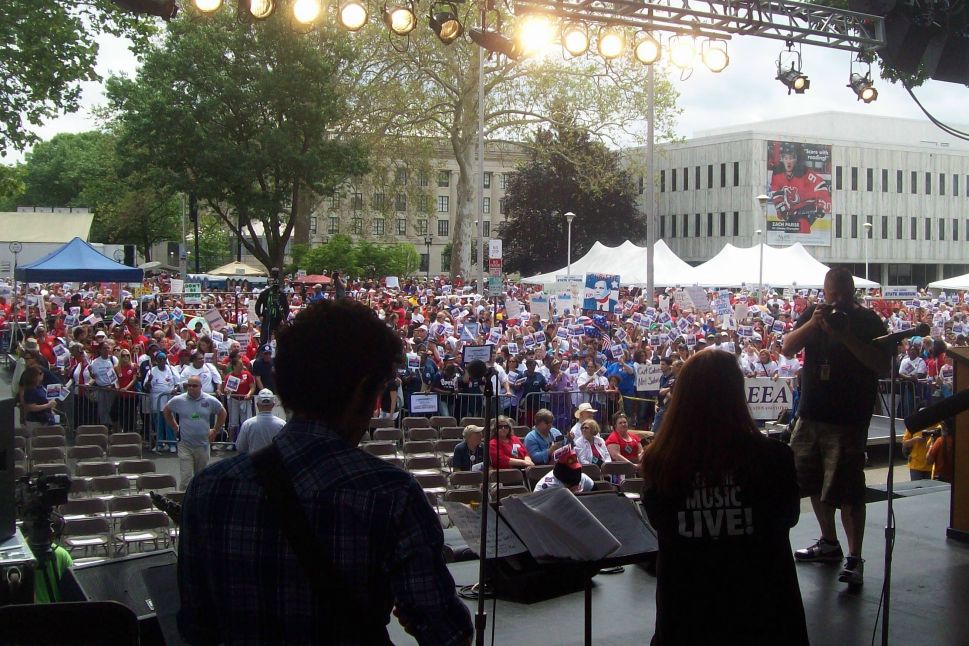