Maybe nursing hurt feelings over being deprived of a municipal election this year after back to back to back to back races, Hoboken just erupted in a local battle of wills between At-Large Councilman Ravi Bhalla (pictured) and Ward 2 Councilwoman Beth Mason.

Nearly a year ago, Mason and Bhalla both called for the resignation of Mayor Peter Cammarano, who ultimately did resign.

Now one is calling on the other to resign.

“That’s called “pay-to-play” and Bhalla is a big time player in this corrosive system. Yet he masquerades as a reformer.

“For three years in a row, Bhalla failed to comply with this fundamental pay-to-play reform law. When a reporter from the Jersey Journal called him on Friday, Bhalla first said that the law didn’t apply to him. Then he changed his story and said that he was unaware of the law. Bhalla said he never heard of it!”

An ally of Mason foe Mayor Dawn Zimmer, Bhalla back-handed Mason, noting that once he found out that the state requires disclosure of $50,000 and up in money from public contracts, he responded within 24 hours.

An attorney, Bhalla reported $323,369 earned from 2008 contracts in Union City, Newark and Hoboken and $4,850 in contributions from his firm to political personages in charge of those municipalities. In 2009, between Newark, Dumont and Union City, Bhalla earned $255,477.92. His firm donated $3,600 to candidates in Union City and Newark.

But Bhalla went on the attack himself, criticizing the 2nd Ward councilwoman, in whose ward he resides, for making campaign checks payable to cash.

“These outrageous accusations are totally false and nothing more than vicious lies told by Bhalla to deflect attention from his own illegal actions,” Mason said in response. “No one was paid in cash. Not one penny. Every campaign worker was paid through a check issued by the campaign. Every check was reported on our team’s ELEC reports. No checks were written made payable to ‘cash.'”

“It is true that our ELEC reports mistakenly identified some checks that were paid to campaign workers as being written to ‘cash,'” Mason added. “This was a clerical error made by the person completing the report, and the report will be amended.”

“48 separate occasion?” he asked. “If she admits that didn’t happen, she is admitting to making a false certification.”

The feud erupted this week a year in front of Mason’s presumptive bid for re-election. Bhalla allies say she’s paranoid that the Zimmer ally plans to get behind a candidate to bump her out of office.

“I don’t think the 2nd ward is being well represented right now,” said the at-large councilman. “She’s ignoring what residents care about.”

“How can anyone believe Bhalla is telling the truth?” she asked. “How could he be unaware of this basic fundamental reform law that is so widely publicized? How can an attorney with so many public contracts who is also an elected official possibly be so incompetent?  This is just the latest in a series of ethical problems and conflict of interest charges that have surfaced in recent weeks. Whenever Ravi Bhalla makes any accusations against anyone, people should ‘consider the source.'” 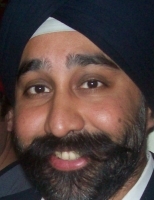