NEWARK – Among those candidates pursuing election in Newark on Tuesday, At-Large Councilman Donald Payne earned the most votes after Mayor Cory Booker, but as of yesterday he wasn’t ready to declare a play for the council presidency currently occcupied by Mildred Crump.

“I’ve got to get through this election first,” the son of U.S. Rep. Donald Payne told PolitickerNJ.com on Election Day.

Payne can lay claim to pursuing the chair of power as the high vote-getter among city council candidates. According to the City Clerk’s Office, Payne received a total of 19,353 votes – and more votes than the mayor did in Payne’s home ward of the South: 5,215 to 4,025.

Council President Crump, the governing body’s lone woman, who has the talent of tempering young, competing male egos, was the next highest vote-getter among citywide candidates. She received 17,764, followed by At-LArge Councilman Luis Quintana (16,647) and At-Large Councilman Carlos Gonzalez (14,616).

Gonzalez’s victory over John Sharpe James (11,934 votes in the loss) proved a solid win for the mayor, whose closeness to Tuesday night loser South Ward Councilman Oscar James is arguably alone matched by his affinity for fellow bald attorney Gonzalez.

“I told you,” Booker Deputy Mayor Margarita Muniz said Tuesday night at the Robert Treat Hotel as she joined the festivities.

A lot of Newark political observers thought James would defeat her husband, Gonzalez.

A citywide brand for two decades, the North Ward-based Quintana received more votes four years ago than Payne and Crump, a function in part of higher vote totals in the Latino-dominant North Ward (10,500) sparked by a battle between Councilman Anibal Ramos and Hector Corchado.

This year, Payne and Crump were the beneficiaries of a South Ward battle line defined by James versus ultimate winner Ras Baraka. 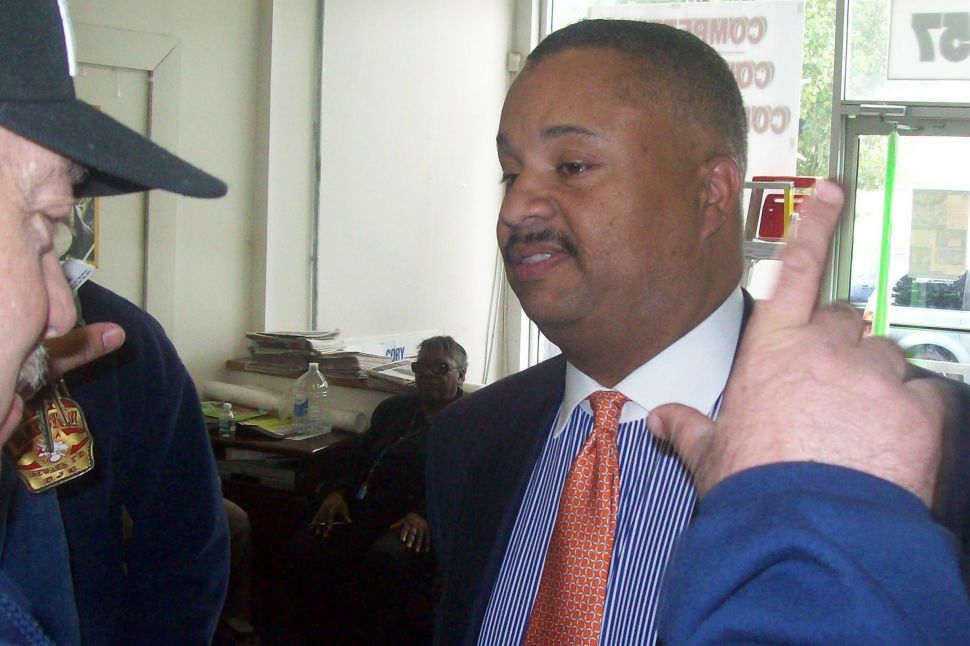