But if Mayor Cory Booker – whose team is fighting hard down here against challenger Clifford Minor and South Ward Councilman Ras Baraka – can pull off a victory in what is generally assumed to be his weakest ward, he would make a significant citywide statement, in Payne’s opinion.

“It would show that the peace we have built has had lasting political consequences,” says the congressman, who endured two local political wars with Booker, and who believes South Ward turnout will be the highest in the city among the city’s five wards. “There’s no doubt this has been the most anti-Booker area, which I think is abating slowly. After the election, there is going to be a new working relationship for Newark and the inclusion of long-time Newarkers. If you don’t know the history and the past you are doomed in the future.”

Payne refused to do the television campaign ads Booker wanted.

The main ward race down here pits James against Baraka.

“I think Oscar James has run a very good campaign that has impressed people,” Payne says. “He has shown maturity. My son respects him and knows he was very young when he got onto that seat. It was his responsibility. He followed Sharpe James, me, and Donald Bradley as South Ward councilman. Expectations were very high. When this young man stepped in to be the focal point of the South Ward, it might have been a responsibility than a young fella should have had, but he’s stabilized and come across as a serious person. He’s really been eager to be mentored and learn from some of the more experienced people in the ward.”

A school mate of Baraka’s father at Barringer High School, Payne has a deep political history with Ras Baraka. And he has a conenction with Minor as well.

“I’m not an anti-Minor person, but Booker by far has the achievements and experiences,” adds the congressman. 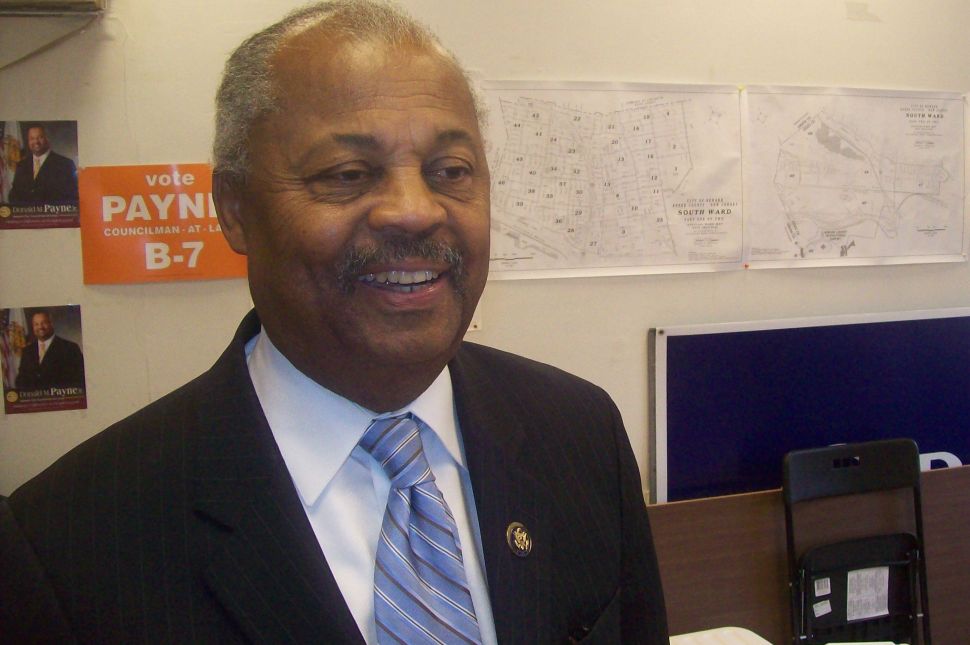