“This is something we had planned to do for a while, as a way of having something nice for the kids while thanking everyone who has helped out on Paul’s campaign,” said Pintella campaign manager Dan Napoleon.

Experts regard the still-active Hopkins as one of the greatest fighters of his generation.

The Pintella campaign said Hopkins will join the candidate for a free family fun day on Saturday at King David Lodge, where the celebrated boxer will sign autographs. 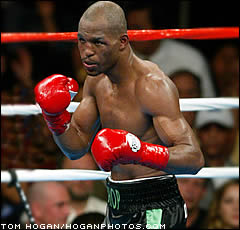