LONG BRANCH – A day after he learned that disgraced developer Solomon Dwek told a jury he used middle men to dispense bribe money to the “mayor of Long Branch,” Mayor Adam Schneider stood in his his campaign headquarters surrounded by friends and supporters and went on offense.

“Seeing people I have worked with and gone to wrestling matches with, people on the planning board and recreation – people with whom I have served at City Hall for 20 years drop whatever they’re doing, leave work, cut their calendar short and come out to show their support means the world to me, my wife, my family, my running mates and the people I have worked with… all of whom are not going to stand for our reputation being trashed by a liar and thief,” said the mayor.

Moments later, campaign handlers would have to hurry along the testimonials of support for the mayor – there were so many. Now Schneider paced in a headquarters draped with the red, white and blue finery of a campaign stunned by Dwek’s Wednesday testimony during the trial of former Assemblyman Dan Van Pelt.

This coming Tuesday is Election Day, and the longtime incumbent credited with redeveloping the city’s oceanfront, faces an aggressive challenge from Councilman Brian Unger.

The mayor’s voice broke – but only slightly – before he continued strongly.

“I appreciate what everyone’s doing here today, and the promise I make,” said Schneider, “is that with four days left, we’re not going to sleep, we’re not going to stop. We’re going to work, and we’re going to win. I stand here having done nothing wrong, nothing to be embarrassed about, and I’m going to stand here Tuesday night as we celebrate victory. One thing I believe in is the people of Long Branch. I have faith in them.”

A long procession of impassioned Schneider backers took the floor one by one, starting with a woman who choked back tears as she described the support her sons received from Recreation Department Director Carl Jennings and the mayor.

Bill Richards, a retired cop after 34 years on the beat in the city, called Schneider “as morally upright and honest a guy as I’ve ever met.”

“He’s fighting for his political life, and you could say in politics that that’s part of the overhead, but to be fighting for his reputation is fundamentally unfair,” Richards said. “It’s not right.”

The mayor told PolitickerNJ.com that he reached out to the U.S. Attorney for a statement that would clear his name, but he also said he doubted one would be forthcoming in the middle of Van Pelt’s corruption trial.

“For other politicians to use unfounded statements to attack Adam Schneider’s integrity speaks volumes about the character of that man,” said Peterpaul. “Solomon Dwek began cooperating after his arrest in 2006. Did you see the FBI pounding down Adam’s door? No. Because there was nothing there. If Chris Christie could have brought down the mayor of Long Branch, what a feather in his cap that would have been. But there was no investigation and no charges way back when.”

Richie Dayon, a proud Long Branch product who relocated to New York, said he flew in to be at the mayor’s side today.

But the Unger camp again said Schneider is up to his neck in Dwek. 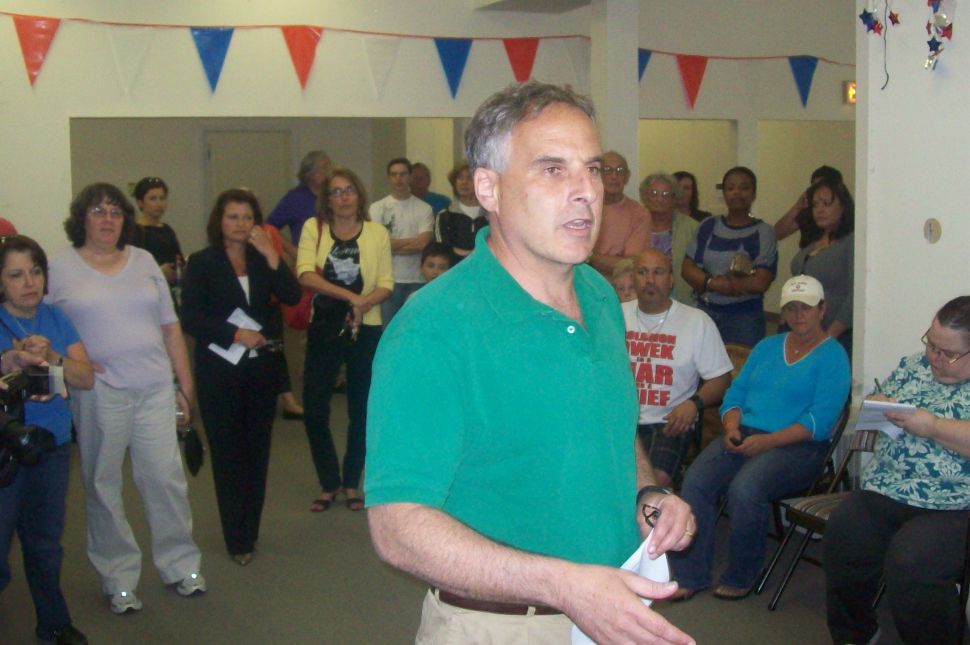