There won’t be a special section of chairs at Union City Mayor Brian Stack’s swearing -in ceremony tonight designated “future Democratic candidates for governor,” according to Stack spokesman Mark Albiez.

But Gov. Chris Christie himself has planned an informal meeting with the once and future Democratic Party mayor who demolished his opposition last week in another display of smoothly executed, bankable machine politics.

Due for a fifteen minute drop-in prior to Stack’s ceremonial duties, Christie tonight continues his tradition of showing respect to Stack, rumored to be a reluctant candidate for the Hudson County Democratic Organization chairmanship.

Tonight, state Senate Majority Leader Barbara Buono (D-Metuchen) plans to be in attendance at Stack’s swearing-in, according to sources.

There’s a bond there.

Stack and Buono sit next to each other on the budget committee.

But there is also apparently a political calculation behind Buono’s trek northward tonight, as the majority leader tops several statewide circulating short lists for future governor.

Also on that list is Senate President Steve Sweeney (D-West Deptford) whose absence tonight from Union City should not be misconstrued as lack of interest in statewide office.

Sweeney was there to celebrate Stack’s resounding victory on Election Night. 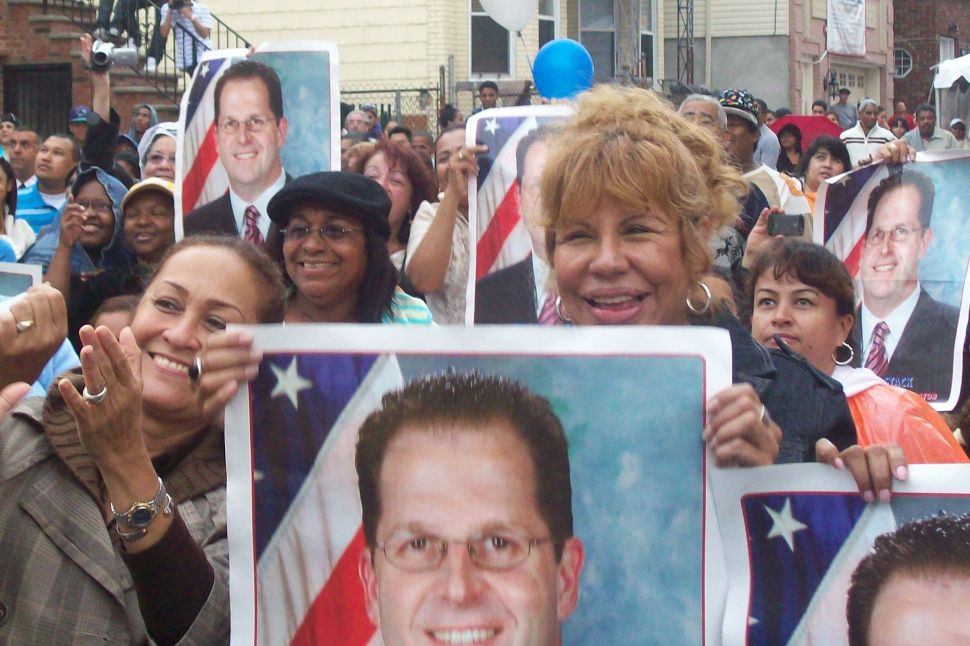