Democratic Party leaders want a tax on the very rich – less than one percent of New Jerseyans – to raise about $600 million benefit property tax strapped seniors and low and moderate income earners, but Gov. Chris Christie promises to veto the bill.

Thirty minutes after the Dems’ presser across from the senate chamber, the governor stood at a podium accompanied by small town mayors in his outer office and unveiled his own “toolkit” reform package designed to provide what he argues would be longer term, sustainable relief without a new tax.

“They can call it whatever they want to call it,” the Republican governor said of his rivals’s proposal. “It is going back with a veto on it. We are not raising taxes this year.

“Theirs is a one year lease for seniors – maybe,” said the governor, arguing the stark philosophical divide between the Dems’ and his plan. “But seniors want to know that they can live in their homes for the rest of their lives.”

The core of Christie’s plan would cap annual state spending increase at 2.5% and local, school and county tax levies at 2.5%. It would enable municipalities to raise taxes by more than 2.5% only if local governments put the larger tax hike request before the voters. It would also substantially weaken the ability of public sector unions to negotiate salaries and wage increases.

The Dems’ didn’t immediately want to discuss Christie’s 33-bill package, which they said landed Friday with no time for scrutiny.

Flanked by other Democratic leaders, state Senate Majority Leader Steve Sweeney (D-West Deptford) instead at his press conference salvo held just prior to the governor’s, made his case that all New Jerseyans must pay to help exhume the state from an $11 billion budget deficit.

“Recognizing the need for shared sacrifices and the fact that the governor was leaving one percent of the population off of the table, my colleagues… and our caucus are going to present a new tax that affects people making one million dollars and above,” Sweeney said. “It’s not $400,000 (the previous so-called millionaires’ tax), it’s not business people. But we are going to reinstate this bill and we are going to move on May 20th to pass it.

Sweeney opted for diplomacy when asked if the legislators’ demand for a millionaires’ tax delineated a “line in the sand.”

The senate leader said Christie is “smart enough” to understand the concept of shared sacrifice.

But Assembly Speaker Sheila Oliver (D-East Orange), arguing that 16,000 people would be subject to a millionaires’ tax that would provide relief to 600,000, had no problem ratcheting up a confrontation with the governor.

“There are vulnerable populations affected by this (Christie’s proposed) budget,” Oliver said. “This budget proposes that we cut funding for jobs training, jobs placement, adult basic education, literacy services, after school… It’s incumbent on the legislature at some point to draw a line in the sand. How many of the vulnerable groups in this state are we not going to stand up and speak for?”

Roughly a half an hour after Sweeney, Oliver, Senate Majority Leader Barbara Buono and Assembly Majority Leader Joe Cryan (D-Union Twp.) started their press conference, Christie planted himself in front of a lot of the same hastily relocated reporters and hit the reject button on the Democrats’ tax proposal as a “band aid.”

Hence the annual 2.5% cap on municipal, school and county taxes. Anything higher would require a public referendum.

The governor’s office itemized the other reforms in the package, which includes a revamp in the selection of arbitrators for union contracts. Arbitrators would be mandated to consider the impact of union contracts on property taxes, no such requirement exists in the current law; arbitrators would be barred from making contract awards that exceed the 2.5% cap, inclusive of all salary, benefit and other economic contract provisions. As part of pension benefit reform, elligibility for state retirement systems for non- government groups and associations would be eliminated, sick leave and carry forward of vacation for current employees would be capped.

The package would allow furloughs by local government to save costs, alllow counties and municipalities to opt out of civil service municipalities by ordinance or referendum initiated by 15% of the voters, and move school budget and fire elections to November.

“We’re trying to get at the cause of the property tax problem in New Jersey, which is an out of control system,” said the mayor, standing with a group of local leaders that included HOboken Mayor Dawn Zimmer and Linden Mayor Richard Gerbounka.

In anticipation of the governor’s presser, Buono suggested the governor was grandstanding in the middle of budget season with his call for an overhaul.

“We have a June 30th deadline,” Buono said. “We have a limited amount of time to get this budget passed. Every single one of these (the governor’s toolkit proposals) won’t have an impact on the FY 2011 budget. That’s an important point to underscore.”

Apparently energized last week to fight back against the governor when he announced he wouldn’t approve the renomination of moderate state Supreme Court Justice John Wallace and took a drubbing in the press, Democrats in their formal embrace of the millionaires’ tax attempted to sneak in a one-two on Christie.

Labeling them piecemeal political and special interest thinkers, Christie went for the long-range reform package as a counter attack, promoting another foe to re-animate.

Already embroiled in a fight with the governor over the consequences of his school aid cuts, New Jersey Education Association (NJEA) President Barbara Keshishian sharpened her condemnation after learning of the toolkit proposal.

“While the focal point… may be its proposed 2.5% cap on annual increases in salaries and benefits, it also includes a 2.5% cap on annual increases in municipal, school, and county property tax levies, which would have a disastrous impact on the ability of districts to maintain services and programs,” the NJEA union leader wrote in an email to supporters. “Christie is also going after the civil service system, by allowing towns to opt out of civil service protections such as the use of seniority when determining layoffs.This is on top of last Friday’s legislative proposal announcement by Commissioner Schundler, which seeks to change our tenure system and to basically abolish the seniority system as we know it.

“Please know that NJEA is on top of this attack.” 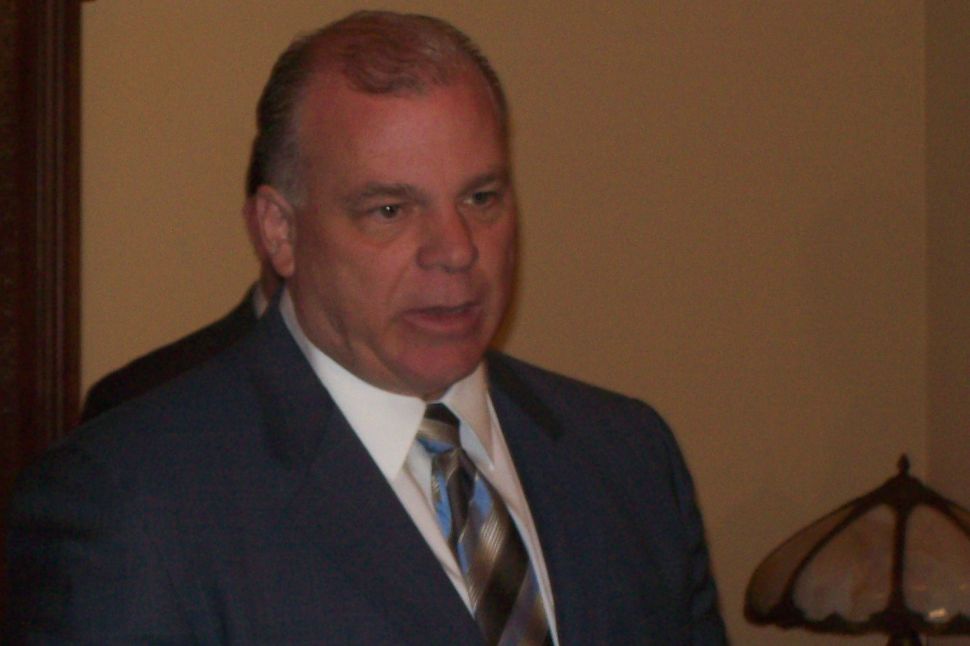