“I think the party needs new direction,” Struben told PolitickerNJ.com. “Many people did not like the way Sam handled the county convention, and the harshness with which he handled the candidates he didn’t support.”

Contacted for comment, Thompson sketched in the back story.

“Basically he (Struben) has been asking me if I was keeping him as county treasurer and I said no,” said the veteran assemblyman and presumptive favorite to succeed Leo. “So he said he was going to run against me.”

Acknowledging a flash of anger at the convention at Fair Haven Mayor Mike Halfacre, who was challenging Thompson’s candidate Scott Sipprelle in the 12th Congressional District pre-primary, Thompson denied that he strong-armed anyone for votes.

“The reality is his (Halfacre’s) supporters suggested I was threatening and intimidating people. I threatened no one. I didn’t twist arms. That rumor was flying out there. Yes, I got ticked off when Mike Halfacre put it out there that Sipprelle was not a true Republican. I regret it, but those were the facts.

“They were also putting it out there that the chairman shouldn’t endorse anybody,” Thompson added. “Of course, I wasnt the chairman yet, but the first responsibility of the chairman is to elect Republicans. If you are in a leadership position, it is incumbent on you to let people know who you think are the best candidates. Yes, I made many phone calls, but in no case did I threaten or intimidate anyone.”

“His diatribe against Mike Halfacre was not well taken by the party,” said the party treasurer, referring to Thompson’s unabashed embrace of eventual 12th Congressional District GOP nominee Sipprelle.

“Sam was heavy-handed throughout the convention, and now Sam’s demanding support, but I think I have enough support at the grassroots level to win,” Struben said. “I’m not going to ask Joe Leo to support me. Sam may. I won’t. But Joe Leo brought us to a turning tide with a victory for our governor in Middlesex County and now Sam Thompson shows up and says, ‘I want to be the county chair.’

“Where were you when we were building this party?”

“I have been the largest donor to the county for years, and I have shown in the past that i can win elections,” he said. “I am the only Republican in Middlesex County to win over the local level for 12 and a half years.”

Thompson said he anticipates hosting the largest Middlesex GOP fundraiser in years on May 18th at the Holiday Inn in Raritan Center.

“We will raise $60,000 and our guests will include Gov. Chris Christie – I don’t think my opponent can put on something like that,” the assemblyman added. 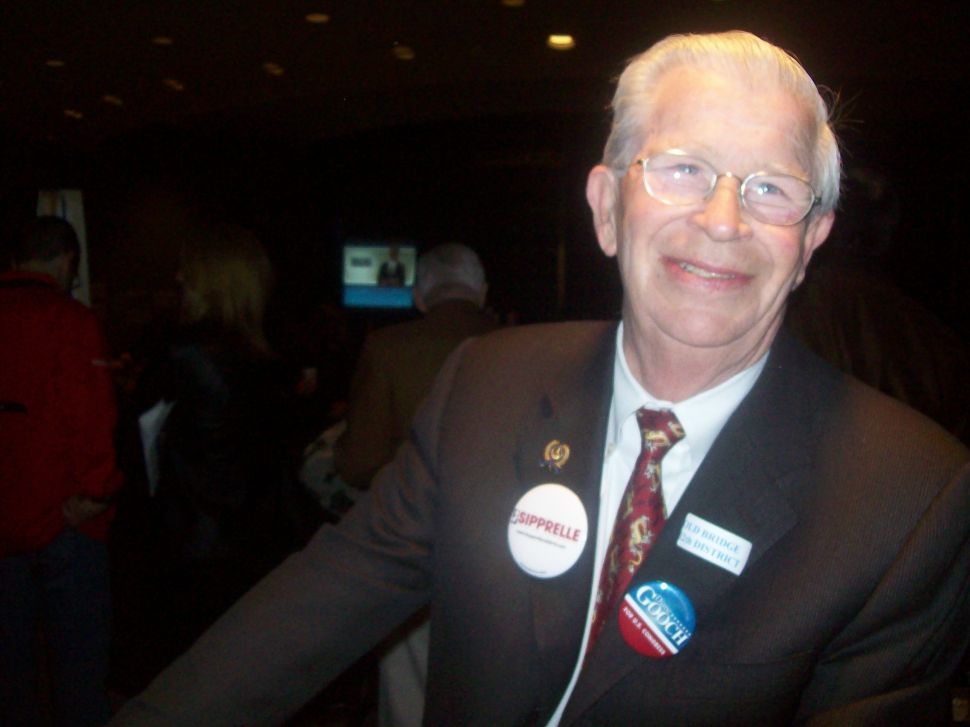