FREEHOLD – When her establishment Republican Primary opponent issued an emphatic statement of opposition to offshore oil drilling – and a record of beach protection to back it up -upstart Highlands Mayor Anna Little earlier this year underscored her own support for drilling.

As the face of 6th Congressional District Tea Party rebellion, Little was already having trouble on the fundraising front against the politically and financially well-connected Diane Gooch of Rumson.

Then the BP oil spill blackened the Gulf of Mexico, and simultaneously arguably cascaded unto Little’s candidacy, giving Gooch a reserve issue if the campaign were ever to turn into a dogfight, which Gooch’s people are confident won’t happen, given their candidate’s healthy edge in dollars and establishment support.

Today, with less than a month to go before the June 8th Republican Primary for the right to go up against U.S. Rep. Frank Pallone (D-Long Branch), Little dug in on her support for offshore drilling.

“That spill is not the fault of an American company,” the Highlands mayor said of the Gulf of Mexico cataclysm. “What that event illustrates is the need for American drilling, as we will be much more careful. We have a history of being more careful.”

As Little battles to get into a legitimate contest with Gooch (the vice chair of the same GOP organization that the renegade Republican Little fought as a fireplug freeholder), Gooch Director of Communications Toni Angelini defined Gooch’s stance against oil drilling as evidence of the congressional candidate’s willingness to buck the party line.

“Diane established herself against offshore drilling prior to her congressional run,” Angelini told PolitickerNJ.com. “She has dedicated herself to making certain our beaches are protected.”

Over the weekend, Little ratched up her Tea Party cred as the featured guest of a bikers’ convoy that launched from Highlands. On June 1, the mayor plans a Steve Lonegan rally at the Shore Casino. 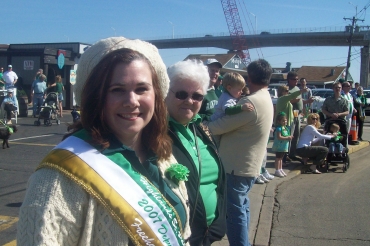