In light of charges against Hunterdon County Sheriff Deborah Trout, former Readington Police Chief Jim Paganassi wants an FBI guy as his second in command if he is elected sheriff.

“I pledge that the good ol’ boys politics in the Hunterdon County Sheriff’s Department will be over, once and for all,” said Paganessi. “To demonstrate my commitment to restoring professionalism and reclaiming the public trust, I am proud to announce today that I will name FBI Special Agent Daniel C. Parrish as my lone undersheriff.”

A first term sheriff, Trout and her undersheriff – Michael Russo – have pleaded not guilty to allegations of official misconduct.

As part of a seven-count indictment, Trout is accused of failing to ensure background checks for new investigators, and of allowing a new investigator to receive a county handgun before he completed a job application.

In heavily Republican Hunterdon County, Paganessi is running with the backing of the county GOP organization in a primary against Fred Brown and George Muller. 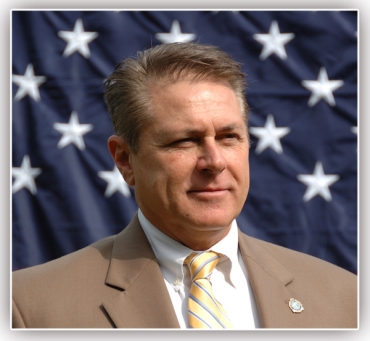