NEW BRUNSWICK – A small band of protesters stood outside Tumulty’s Tavern this evening passing out leaflets to pedestrians and urging them to call the legislative office of state Senate Majority Leader Barbara Buono (D-Metuchen) to tell her to oppose Gov. Chris Christie’s budget.

But Buono, in the basement of Tumulty’s on a microphone in front of a standing-room-only crowd of progressives she invited here to consider counter moves to the Christie era, appeared in need of no coaxing or cajoling.

Unimpressed with the Republican governor’s attempts to project a regular Jersey guy attitude, Buono slammed his proposed budget as “a stealth attack on a New Jersey tradition of standing up for New Jersey’s working families.

“He talks about shared sacrifice, but what about our mutual responsibility to one another?” she asked he enthusiastically supportive crowd.

Citing a difference of priorities between herself and the governor, the Democratic Party leader from Middlesex County intends to vote “no” on Christie’s $29.3 billion budget later this month. The Senate Majority Leader also crticized Christie’s decision not to reappoint Supreme Court Justice John Wallace, citing the decision as an attack on the independence of the judiciary.

“The idea (behind the judicial branch of government) is not respond to the will of the people, but to guard against the tyranny of the most powerful executive in the country,” Buono said.

“The Democrats in the legislature are trying to rush through bills to support the Christie budget. Assembly bill A2486, sponsored by Assemblyman Burzichelli, is actually more anti-environment than the Christie Administration. This bill says that no New Jersey rule should be stricter than federal rules.  Governor Christie’s Executive Order had a provision for New Jersey-specific rules that the Burzichelli bill doesn’t even have.”

By contrast, Tittel credited Buono with having the courage to oppose Christie’s red tape task force.

Other speakers also rose at the senate majority leader’s request: SEIU reps, labor and progressive activists. Anger ran through the remarks, at Christie, yes, referred to at one point as a “nasty but clever governor,” but more at what people said is a largely lackluster and compliant Democratic Party in New Jersey.

One shouted-out effort in favor of U.S. Rep. John Adler (D-Cherry Hill) met with groans and harrumphs up and down the bar.

“He’s not a progressive,” one man barked at the speaker.

“He’s more progressive than Jon Runyan,” was the reply.

But to this crowd in the belly of Tumulty’s tonight, both are decidedly less progressive, and therefore less worthy of praise, than their champion, Buono. 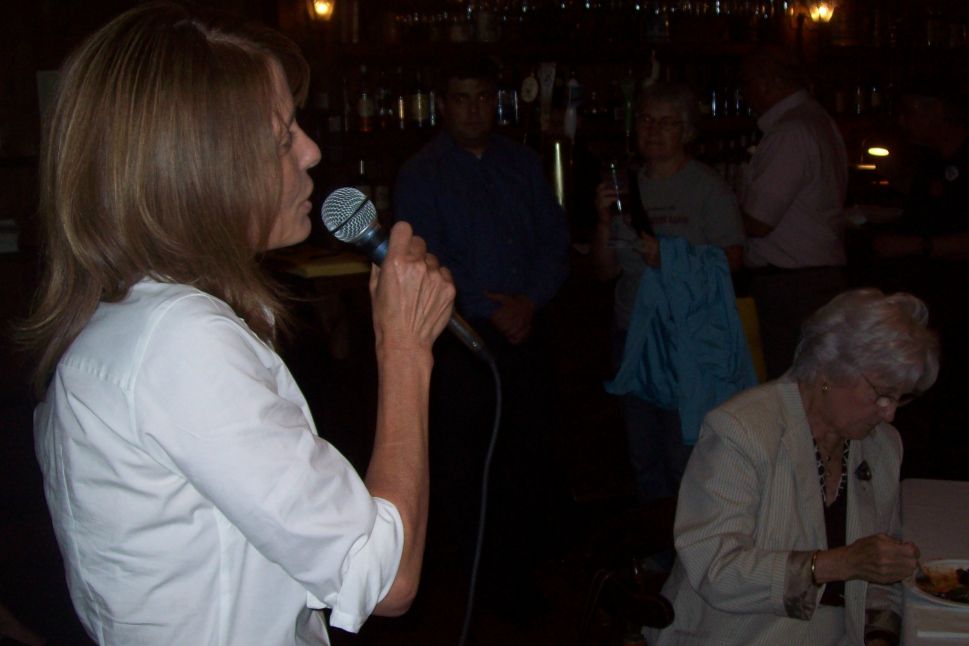