Burzichelli didn’t attend the elementary school presentation, but if he respects the messenger, he doesn’t buy the message.

The nearly decade long veteran of the legislature favors Senate President Steve Sweeney’s (D-West Deptford) tax cap plan. Of course he does. Sweeney is the satchem of their mutual legislative district.

But for Burzichelli, the argument for a statutory cap as opposed to a Constitional cap has both a philosophical and practical basis.

The advocacy of one Constituonal argument for the sake of consistency necessitates acceptance of the other, but Christie won’t do that, argues Burzichelli.

Pointing to the existing 4% cap, which has resulted in the drive-down in annual tax hikes to 3.3%, according to the assemblyman, Burzichelli wants the 2.9% option without the Constitutional amendment.

“If he enacts this, based on the average, he’s saving $90,” he says of the governor. “He’s taking away senior rebate checks verus saving, on average, $90.” 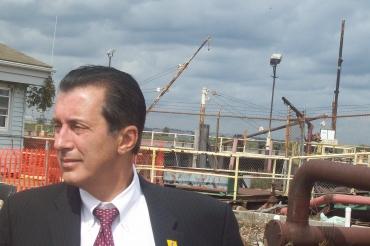