Republican Assemblyman Michael Patrick Carroll (R-Morris Twp.) said Monday he may not be as solid a no vote on the budget as once thought.

Carroll said while he detests portions of the budget, allowing the Democrats to “extort” concessions from the governor in exchange for providing an extra vote would be worse.  Carroll did not commit to voting in favor of the plan, but said the Democrats would use his stance against the governor, which he cannot permit.

“If the consequences of my intransigence are that the Democrats are going to make it worse, what choice do I have,” Carroll said.  “Leaving aside helping out your governor, I can’t put the state in a position of having to make things worse. At the end of the day I will not permit (Democrats) to turn my principled objection to the budget into a means of extorting money from the governor and making things even worse.  If that is what becomes necessary to do I will swallow hard and take the appropriate action.”

Carroll, who last week said there was no way he could vote for the budget if aid to suburban schools was not restored, met with Gov. Chris Christie early Monday and described the encounter as “cordial.”  Christie offered no deals in exchange for is vote, Carroll said nor did he demand any. The fiery assemblyman from Morris County said he has never felt pressure from anyone in his caucus or in the governor’s office to vote for the budget.

“I think my people deserve the same representation as the people of Newark not worse, and yet Newark’s and other city’s cuts are 2 to 5 percent versus 99 percent in my district,” Carroll told PolitickerNJ last week. 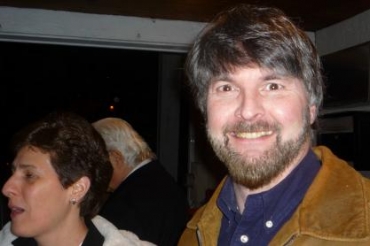