Gov. Chris Christie was the featured speaker Tuesday at a New York City breakfast event sponsored by Reform Jersey Now, a non-profit advocacy group that features two former Republican governors on its board.

The event was held at the New York Health and Racquet Club and was organized by billionaire Ken Langone, the founder of Home Depot.

According to the New Jersey-based group the event was not a fundraiser but rather a “meet and greet” where Christie answered questions about his budget, his proposed 2.5 percent property tax cap and other issues facing the state.  There was no charge for the event but a source who attended the event said at least some attendees contributed money to the group at the conclusion.

Reform Jersey Now is a 501 (c)(4) non-profit that has so far run two radio ads in favor of Christie’s cap plan.  The group counts among its board members former Republican Governors Christie Whitman and Donald DiFrancesco.  Long-time Christie friend and advisor Bill Palatucci is also a member of the advisory board as is former U.S. Rep. Mike Ferguson.

In its press releases, the group says it was established to “promote public policies that create more jobs and economic growth in New Jersey, result in smaller and smarter government and make our state a more affordable place to live.”

Among the issues the non-profit hopes to have a hand in shaping are collective bargaining and pension reform, merit pay for teachers and reductions in state and local government spending. Because it is a non-profit Reform Jersey Now is not subject to campaign finance reporting requirements and can collect donations in any amount form whomever it wants.

The group has caught the attention of some state good government groups who say the unregulated flow of money supporting Christie’s agenda is an end-around on state and local laws that hope to curb special-interest influence.

The group has promised full transparency and said its donors will eventually be made public. 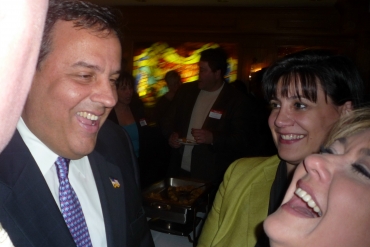