ROBBINSVILLE – Presenting himself as the people’s champion against an entrenched culture of Trenton government, Gov. Chris Christie asked residents to lean on their elected officials to pass a referendum question that would cap government spending at 2.5% and require a ballot question for spending outside the cap.

“The state didn’t elect me to run a charm school and they didn’t elect someone to nuance this thing to good health,” said Christie, reflecting on a 70% uptick in property taxes statewide over the past decade.

Standing onstage with Mayor David Fried and Lieutenant Governor Kim Guadagno, Christie said his 2.5% cap (modeled on Massachusetts, and reflected locally by Fried’s austerity measures and efforts at consolidation) would restore power to property taxpayers and restore discipline to government.

“The legislators in Trenton are scared to death of giving that power to you,” said the governor.

If the legislature does not put the 2.5% cap on the ballot and property taxes rise again, “Call my office,” Christie told the crowd, “and I’ll tell you where to go. If this doesn’t pass, you will know who is accountable for it. I need your help.”

“It shouldn’t be in the Constitution,” said the veteran Democratic Party leader. “It’s a way to pass the buck. I’m prepared to make those decisions, I make them everyday, in fact. We’ve seen what inflexible provisions have done to California. To me, it’s a way of letting politicians off the hook and perpetuating fiscal disaster.

“This idea of looking for parallels with Massachusetts, we’re different. We’re not as homogenous. In New Jersey, we have the wealthiest communities and the poorest communities. To try to force a one size fits all is grossly unfair and would further create a divide of haves and have nots.”. 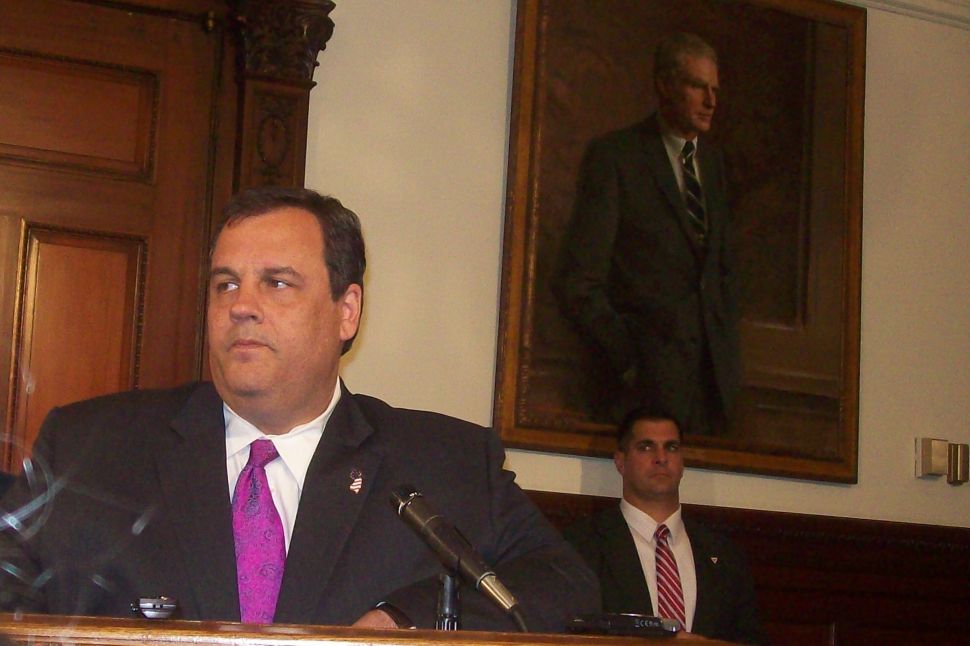