TRENTON – When the Senate Budget Committee resurfaced this morning, a tall, broad-shouldered familiar figure who sits on the left but legislates from the right – will be absent.

The late game substitute occured after Doherty told Kean he couldn’t vote for several supplemental bills, including a business filing fee tax, insurance assessment, gift card, and hospital bed tax, all of which are on the senate budget committee schedule today.

Kean worked on Doherty yesterday, and so did the administration of Gov. Chris Christie, but the Warren County Republican, a retired Army captain whose renegade tendencies pitted him against the GOP organization last year in an unlikely and ultimately successful senate bid – wouldn’t budge.

Gov. Chris Christie made his personal pitch to Doherty and tried to make it stick. If the Republicans lose a team member on the supplementals, the Democrats are going to come back for more – and more.

And they keep coming.

In an ironic twist of grudging political allies turned respectful foxhole fellows, Kean intervened. If it meant that much to Doherty, he’d take the senator’s seat on the budget committee today to move those bills out of committee.

“No comment,” said the mountain man senator as he strode through the basement hallway between the Statehouse Annex and the Statehouse even as PolitickerNJ.com confirmed that Kean floated in the vicinity of the senate budget committee room moments before the hearing started.

On Monday, Doherty signed onto to the core Christie budget after the governor restored funding for Hagedorn Psychiatric Hospital, a condition of Doherty’s support.

It’s been a complex ongoing politicial relationship between the two men, who in their headiest political moments share an aspiration to be U.S. Senator, but come at the dream from different angles: Kean as the moderate GOP scion nursing a family legacy, and Doherty as a Lonegan brand conservative who wears his anti-tax record like captain’s bars of honor.

Dedicated to no new taxes on principle, sources close to Doherty say the senator also frets about statewide implications and the prospect of getting slung in front of the bus by the establishment, the same way state Sen. Joe Pennacchio (R-Montville) was in 2008.

Their worry is that the establishment will extract the votes from Doherty now in an appeal to taking one for the team, then isolate him later if he ever runs for U.S. Senate, for example – against someone like Kean. Peeling those votes out of him against his own principles as part of a deal would also disrupt the glossy mail factor for Doherty, and deprive him of the boast that he never voted for a new tax.

The even deeper irony here though that favors Kean, is if he and Doherty ever find themselves on opposite sides of the political divide in a statewide primary and Doherty tries to chop down his moderate opponent with a tax argument, Kean knows he took one for the team today by giving Doherty ideological purity and a pragmatic edge to Christie, which in a campaign would work on the memory of Doherty, who values honor. 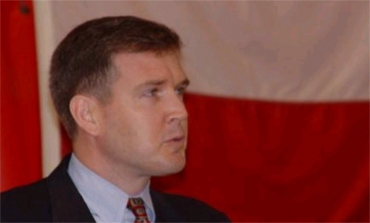