The GOP favorite in the 6th Congressional District, Diane Gooch heads for Sayreville now and the final push toward Election Night.

Turnout is low in the 6th, as it is elsewhere.

Asked if alll the Tea Party outrage followed by a low turnout election means anything, Gooch said she believes the numbers by the end of the day won’t reflect apathy.

“People are going to come to the polls,” said the millionaire newspaper publisher. “It’s a beautiful day.”

Working to land the GOP berth to run against U.S. Rep. Frank Pallone (D-Long Branch), Gooch started her day at 6 a.m., campaigning at the train stations in Aberdeen and Matawan.

PolitickerNJ.com gave her five choices to describe her experience of the GOP Primary: 1. hurdle; 2. puddle; 3. leg of the journey; 4. necessary part of the beat Pallone equation; 5. an unfortunate clash between two good women. 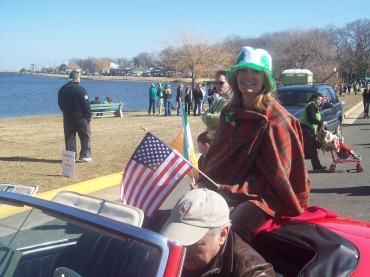