This followed a tally of provisional ballots yesterday in Monmouth in which Little upticked her lead to best Gooch by 84 votes overall in their 6th Congressional District Republican Primary.

Initially, the Gooch for Congress campaign said they would contest the election results, but this afternoon the campaign coalesced behind Diane and Mickey Gooch’s desire to surrender.

“Having carefully reviewed the final count for the CD6 Republican Primary, I have decided against asking for a recount,” Gooch said in a statement. “I am grateful for the experience I have gained in running and for all of the wonderful new friends I have made along the way.

“I support Anna Little in her effort to become the Republican Congresswoman for CD6. We both want smaller government, lower taxes, and to encourage job growth through the private sector. Today, I step out of the race for Congress in CD6 and voice my support for Anna Little for Congress.”

“She’s contacted me twice and we’ve missed each other, but we have spoken through surrogates, and I know we share the common opinion that we need to beat Frank Pallone,” Little told PolitickerNJ.com. “I think she did the right thing. It allows us to establish party unity immediately and ratchet up the general election campaign. We’re already underway.”

Democrats at a backyard headquarters barbecue kickoff for Pallone this weekend delighted at the prospect of facing Little, who ran to the right of Gooch in the primary as the Tea Party Approved candidate and affirmed her support for offshore oil drilling.

“Does it matter who wins?” the congressman asked the crowd. “No. I’m going to run on my record.”

The District leans heavily Democrat, but experts say it would be a mistake for Pallone to act like the race is a lock in his favor – even against a Tea Party Republican like Little.

“Sure, she can win because nothing is safe in 2010,” said Ben Dworkin, head of Rider University’s Institute of New Jersey Politics. “Any incumbent who thinks otherwise is setting themsleves up for a very tough election day.”

Pallone on Sunday personally acknowledged as much when he told supporters he will need grassroots progressive organizing to ensure victory.

“My sense is that the Republican Party establishment, whose favoriate canidate went down to defeat, will rally around Anna Little and her candidacy,” Dworkin said. “The distinction between Tea Party and non-Tea Party folks will not be a major one in the November election when they face a Democrat. It will simply be a very motivated Republican Party pressing its issues.”

On Monday, Little joined movement conservative leader Steve Lonegan at the Statehouse Annex to pressure Gov. Chris Christie to join a multi-party lawsuit against federal healthcare reform. Pallone promptly issued his own statement underlining his support for the reforms he championed as a congressman.

“There won’t be any shortage of contrasts between Pallone and Little,” Dworkin said. “This actually could be a very substantive, issues-oriented campaign. There are so many distinctions between how they would approach their jobs in Congress.” 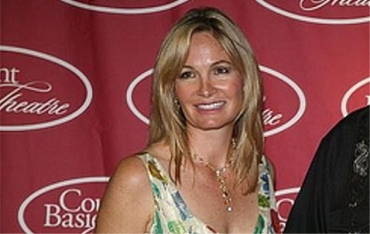