The lesson he took from that one week in which public sector workers received paychecks without reporting to work was it didn’t need to happen.

Four years later in a rocky crosscurrent, “The government is not going to shut down,” said Greenwald, sizing up the coming budget session.

“But the Republican Party is going to own this budget and the numerous tax increases within it,” he added. “We will get them the necessary votes to pass it, but they will own it.”

Greenwald said Democrats will present revenue options that are not tax increases, and specific alternatives to preserve programs for the vulnerable, specifically recommendations to keep funding for adult daycare.

“To this point, people at the front office are hedging their bets that nothing will happen to these elderly people who would be impacted by the loss of $3 million in state aid,” said Greenwald.

Republican sources agree that the Democrats will have to offer up four votes in the Senate and eight in the Assembly to create the required majorities and shove through Christie’s budget.

“They don’t want to anger the public sector workers,” said ranking Republican state Sen. Gerald Cardinale (R-Demarest). “When the government shut down under Corzine, the workers didn’t work and got paid for a week long furlough. Corzine lost the budget battle with his own party in the legislature then paid the workers for the week in which they didn’t work.

“Do you think Chris Christie would pay the public sector workers?”

Cardinale and other Republicans argue that the Democrats – already wobbling with a core base – can’t afford to shut down the government and risk riling an already destabilized constituency.

For his part, Greenwald said his role as the tough interlocutor at the helm of the budget committee has not changed considerably from Corzine to Christie.

“It’s the same as it’s always been,” he said. “My role has always been to educate the people about the impact of what cuts would do. I do it with passion and with the belief that government’s job is to protect people. I consider myself passionate, not aggressive, and my job as instructive – not argumentative.”

But as Christie has taken the controls of the governor’s office with his own brand of ferocity, colleagues in the Assembly regularly back channel Greenwald’s name as a potential challenger: a kind of South Jersey Gordon Gecko with a streak of combativeness and hard edged wit that would serve well against the sharp-tongued sitting Republican governor.

“At some point in my career, I’m interested in running for governor,” Greenwald told PoltickerNJ.com. “When I make that decision, it won’t be based on running against Chris Christie or anyone else. It will be a family decision.”

There’s also the fact that Greenwald fits into the South Jersey Democratic Organization, where Senate President Steve Sweeney (D-West Deptford) enjoys seniority – and, sources say, craves a shot at a gubernatorial run. In recent weeks, moreover, there has been increasing buzz out of Democratic Party circles that if U.S. Rep. John Adler (D-Cherry Hill) can get by a Republican challenger in the 3rd Congressional District, he also might take a 2013 crack at the governor’s mansion.

“There will be a time in the future,” Greenwald said. “I am part of an organization, it’s true, and I am very proud of these people and what they’ve done. We have a plethora of talent. There will be a time for me and for the party. I am honored my name’s come up.” 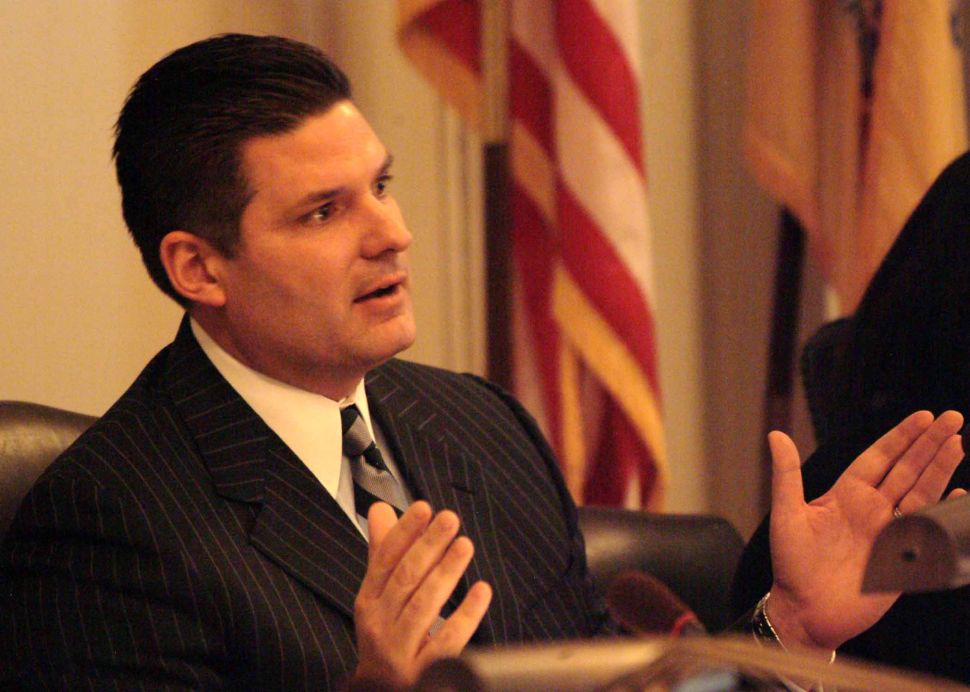