Fresh off his no vote on the budget, Assemblyman Lou Greenwald (D-Vorhees) weighed in on property tax reform, saying the Democrats’ current proposals do not go far enough.

“It could be argued that the existing caps in the economy we are in are too liberal,” said Greenwald, the chairman of the assembly budget committee.

Greenwald would not commit to a number, saying there had been enough rhetoric in recent weeks, but said he favors a legislatively enacted cap rather than the constitutionally-based cap favored by Governor Chris Christie.

“In all my conversations with people, no one has said caps are not part of the answer,” he said.

As for carve outs, Greenwald said Christie’s hard cap was too restrictive, adding that he would support exemptions for healthcare and utility costs.

Greenwald is the latest Democrat to offer an alternative to Christie’s hard cap.  Asked if he would support the 2.9 percent cap introduced by Senate President Steve Sweeney (D-West Deptford), Greenwald said he would wait to see what bill was posted. 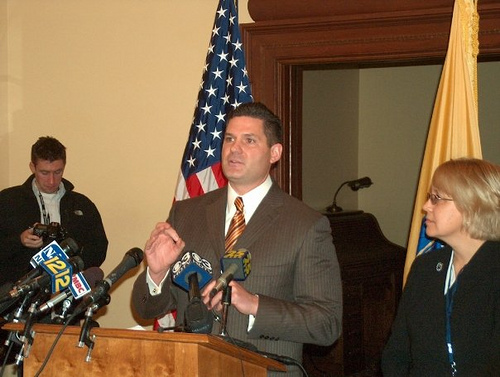