A fourth place finisher in the May 11th race for mayor, Harmon publicly backed Segura today on the steps of City Hall a day before Department of Public Works Director Eric Jackson heads to court to try to reverse his current standing and jump ahead of Segura to make the June 15th runoff election.

The top vote-getter in the May 11th election, former Mercer County Freeholder Tony Mack awaits a challenger – whether it’s Segura or Jackson.

“I am honored to stand shoulder to shoulder with Manuel Segura and his team,” said Harmon. “There is work to be done. We cannot rest on our laurels or take this contest for granted.”

“You look senatorial,” someone told Harmon.

“Maybe that’s my next move,” he said with a grin. 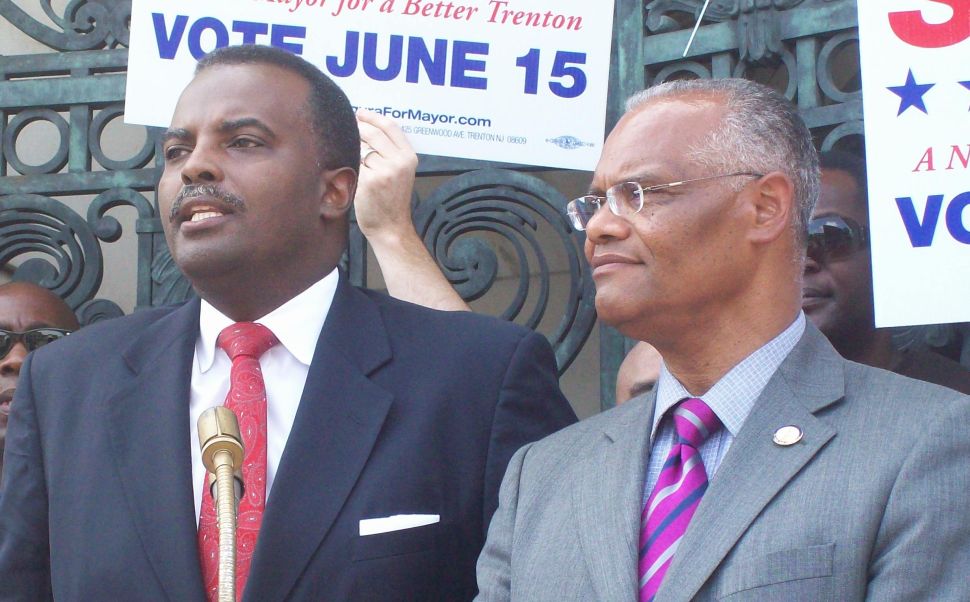