Two Democratic lawmakers made an impassioned plea Thursday for the restoration of family planning funds into the 2011 budget.

State Sen. Loretta Weinberg (D-Teaneck) and Assemblywoman Linda Stender (D-Fanwood) appeared before the senate budget committee Thursday to ask members to restore more than $7 million in aid to family planning centers.  The aid was cut out of Governor Chris Christie’s budget and so far has not been part of any of the deals cut with Democrats to restore funding.

Weinberg cited a Christie radio interview with Eric Scott of NJ 101.5, in which she said Christie said family planning aid had nothing to do with women’s healthcare.  What Christie said, according to the transcript provided by Weinberg, is that family planning centers are just one available avenue for women’s healthcare and funding the centers is not “an appropriate expenditure of money in the ocntext of the other difficult decisions that we need to make.”

“I don’t believe that that is a priority in a budget when you have to cut $11 billion.  That’s it,” Christie told Scott, according to the transcript.

But Weinberg, Stender and female members of the senate committee including Sen. Barbara Buono (D-Metuchen), Sen. Sandra Cunningham (D-Jersey City) and Sen. Teresa Ruiz (D-Newark) told colleagues that family planning centers had everything to do with women’s health and some 140,000 people in the state relay on them for their primary care.

“If we negotiate (over the budget) women’s health better be part of the negotiation, that’s how important it is,” Weinberg said after the senate hearing.  “You heard three female members of the budget committee talk about their personal use of family centers as younger people with no access to insurance.  This is about women’s health and I just think the governor is confused.”

Weinberg said adding the family planning money back into the budget would not increase spending because the money was available as part of the employee prescription plan, which has a 10 percent buffer built in.  Estimates are that the plan will use no more than 4 percent of the buffer, leaving the rest available for family planning aid.

The bill would also require the state to apply to the federal government for expansion of Medicaid funds to make family planning services available to more lower-income residents.

The committee passed Weinberg’s bill 8 to 2 with two abstentions.  Weinberg left the hearing saying she was headed to Christie’s office to plead for the money in person.  Later in the afternoon the identical bill, sponsored by Stender, was released by the assembly budget committee.

“Refusing federal funding for essential health care services is the height of fiscal irresponsibility,” Stender said. “Restoring the funding will save lives and money and will keep New Jerseyans – especially women – from needlessly dying from diseases that can be treated with proper screening.”

The governor’s office did not immediatley return a call seeking ocmment on the bill, but during the radio interview Christie was adamant that money would not be returned to the budget for family planning.  Late in the day Weinberg said she was not bale to meet with the governor, but did see his chief of staff. 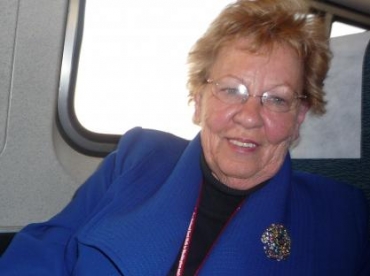