Embroiled in a provisional ballot count in the 6th Congressional District where she is confident of retaining her lead, Highlands Mayor Anna Little plans to stand with Americans for Prosperity leader Steve Lonegan in the Statehouse today to demand that Gov. Chris Christie join multi-party lawsuits against federal healthcare reform.

“I’m on my way there,” Little told PolitickerNJ.com. “I would also like him (the Governor) to look at Alison McHose’s legislation using the Tenth Amendment to make Obamacare ineffective in New Jersey.”

Of the provisional ballot count scheduled later today in Monmouth County, Little, who is leading Diane Gooch of Rumson by fewer than 80 votes in their clash for the Republican nomination to challenge U.S. Rep. Frank Pallone (D-Long Branch), said, “I expect to emerge victorious.”

“The groups are rising in opposition to a resolution proposed by the Senate Health, Human Services and Senior Citizens Committee which asks Governor Christie not to join the multi-state lawsuits against the federal health care takeover,” said Proto. “The resolution has the sponsorship of 12 Democrat lawmakers on the committee.”

The spokesman pointed out that it’s been roughly two months since the governor said he would study the efficacy of joining the lawsuits and consider amping up his own opposition to federal healthcare reform championed by President Barack Obama and Pallone. 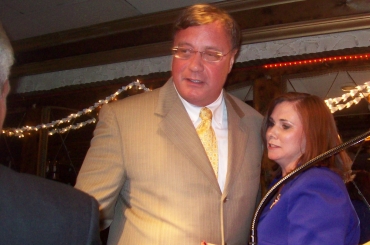