Sen. Nick Sacco (D-North Bergen) already had his doubts about Gov. Chris Christie’s budget, but what he sees as a mangled mechanism for the delivery of Urban Enterprise Zone (UEZ) funding now has him back pedaling double time away from the $29.4 billion document.

“I’m very upset at the proposed format for UEZ funding,” said Sacco, referring to part of a deal between legislative leadership and Christie last night, which Sacco says restores $48 million of $90 million in UEZ funds but strips away local control and over-centralizes the distribution of those funds in Trenton.

“We all raise money through our local UEZs. That provides us with a large incentive to make them larger and keep them growing,” Sacco said. “What is proposed is a disincentive. I’m not criticiing anyone who thinks they successfully restored these funds, but to me it’s more important to have the principle restored. If we can’t take the full funding this year, fine. But the proposed structure now is a major blow to the UEZs in this state.”

Sacco said North Bergen has raised UEZ funds his city has used to build a mall on a formerly blighted area, to fix roads and to create a turn lane on routes 1 and 9.

“I don’t know how to get a reversal,” Sacco said. “This is a major disappointment. I absolutely cannot support this budget.” 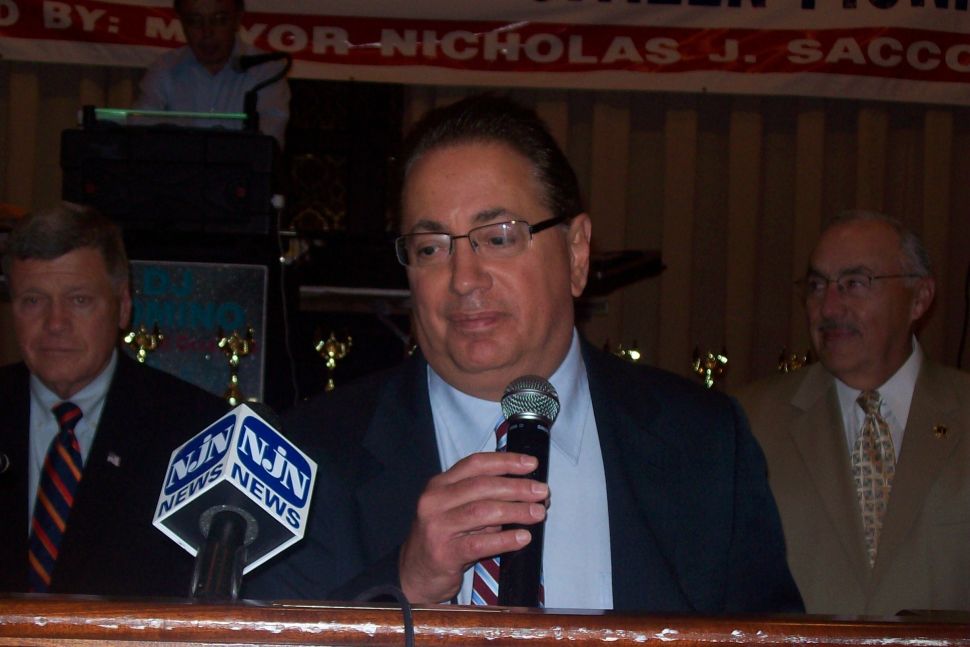