Over the course of five plus months, Mack ran as an anti-establishment flipside to the current, 20-year incumbent – then burnished Palmer’s endorsement last week.

But the favorite to win the mayor’s race tomorrow said he still opposes Palmer’s designs to sell the suburban portions of the city’s waterworks as a revenue generator for the embattled state capital.

“I’m opposed to the watersale,” Mack told PolitickerNJ.com. “It’s not good for the City of Trenton. It doesn’t repair our structural deficit. I do think there is potential to expand the existing sytem to include Hopewell and Pennington as their well runs out.”

As he foucused on the closing hours of a campaign that he launched on December 8th of last year, Mack said finally the contest is not about landing endorsements.

“If we do what we need to do, things should work out well,” the candidate said. “We’re looking at maxing out our base. As for endorsements, here’s my philosophy: people vote for you because they want to; we put all our stock in the voters.

“It’s about the people you meet and whether you’re the best person to look out for their best interests,” Mack added. “In this campaign, I’ve focused on my ideas and my policies, and I have always been about the residents of Trenton. I’m looking forward to a nice, hard campaign and running an excellent GOTV effort starting early in the a.m. and keeping the effort going on prayerfully until the end.” 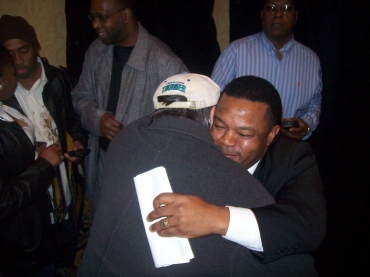