LONG BRANCH – The fact that he doesn’t know for certain the identify of his Republican opponent this year didn’t deter U.S. Rep. Frank Pallone (D-Long Branch) from launching his re-election campaign Sunday afternoon at a barbecue behind his campaign office on Broadway.

Right now, Little’s up by fewer than 80 votes.

“People ask me, ‘who’s my opponent,’ and the answer is, ‘I don’t know,'” Pallone told a crowd of 70 people gathered under a tent and milling around the parking lot amid green and white balloons.

“One of them is ahead by 75 votes, Pallone said. “Does it matter who wins? No. I’m going to run on my record.”

Pallone later told PolitickerNJ.com, “It doesn’t matter who it is because the nominee will try to make me the issue.”

Most of the 22-year congressman’s allies say they’d rather Pallone face likely victor Little – who to this point has demonstrated no fundraising prowess and, in a district where registered Democrats outnumber Republicans 123,294 to 49,370, ran to Gooch’s right in the primary, complete with an affirmative position on offshore oil drilling.

The attitude here as people chewed on hotdogs coming off the grill was Little might be able to create an iconic circus-like Tea Party atmosphere in the 6th – maybe even bring in a Sarah Palin or Joe the Plumber – but finally derail against the demographic reality of the district.

Not to mention the congressman’s $4 million warchest.

Still, Pallone personally said he refuses to take this race for granted.

“We need to motivate people to make sure they come out,” he said, keeping one eye fixed on an off-year election ballot that contains no senate or presidential candidate at the top of the ticket.

“The Republicans want to take us back to the Bush economic policies that got us into this mess to begin with,” the congressman told his audience. “They’re motivated. They’ve got the Tea Party out there.”

“President Obama did a good job with the economic recovery act – some call it a stimulus act – which created two and a half million jobs,” the congressman said. “We have approved the biggest middle class tax cut in American history, designed to get us out of this recession.”

A winner by 11 votes in the May 11th nonpartisan election, Councilman-elect John Pallone sat in the audience, along with the congressman’s father, former Board of Education President Frank Pallone, Sr., Sea Brite Mayor Maria Fernandez and veteran Long Branch Councilwoman Mary Jane Celli. 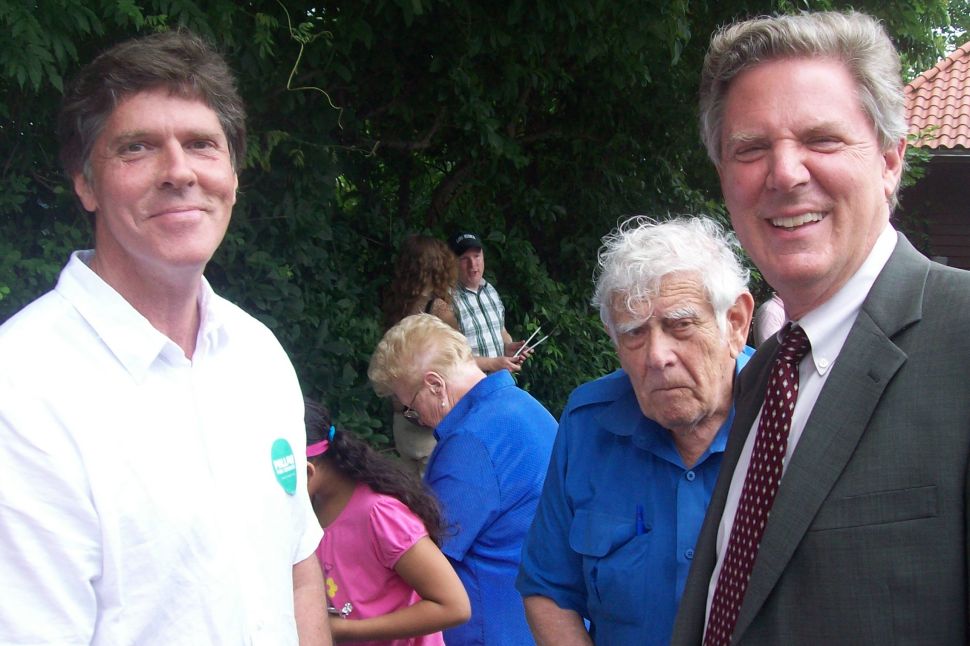