“I want to try to energize the party base in Hoboken,” Bhalla told PolitickerNJ.com. “The party’s power flows from the bottom up.”

Bhalla’s likely ascension at the local organization’s reorganization meeting tonight comes on the heels of Mayor Dawn Zimmer’s pick up of seats as her county committee candidates ran on the Hudson County Democratic Organization (HCDO) line.

Zimmer could have had the votes to be chair, but she didn’t want it, according to sources. She instead gave the nod to Bhalla, the tope vote-getter on Zimmer’s reform slate last year.

In a recognition of two apparently antagonistic power centers, Zimmer forged her deal to run candidates on the HCDO line even as she welcomed Republican Gov. Chris Christie to Hoboken to endorse his proposal of a 2.5% spending cap.

Ramos, who has the backing of 33rd District power broker Brian P. Stack, the mayor of Union City, said he fully anticipates running for another term as assemblyman next year, and Zimmer sources confirmed that they do not expect a change as long as Ramos continues to work with them.

Of his chairmanship of the local Democratic organization, Ramos said, “Our party was in debt when I took it over. We were ailing, but we’re back in the black now and I accomplished my goal.”

Bhalla has to get by Inez Garcia Keim tonight, but his allies insist he has the votes. 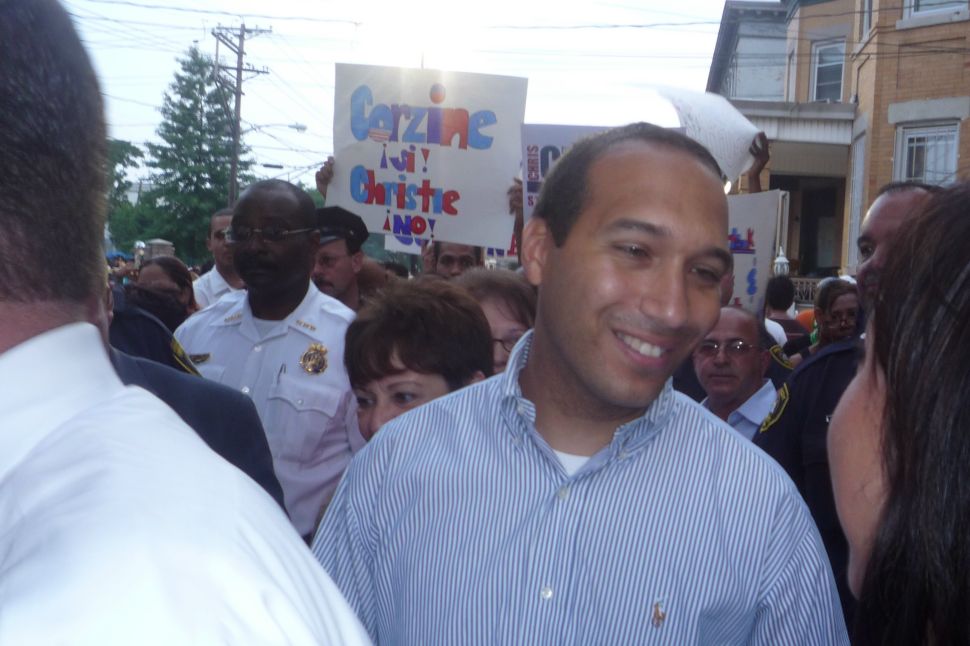