Stung by eight negative pieces of mail – most of his which highlight his aye vote on Cap and Trade – and leery of an anti-incumbent environment, the Lance Campaign has maintained steady return fire for two weeks against fed-up challenger David Larsen of Tewksbury.

But a Lance radio ad running on 99.1, WOR, WABC and 101.5 is 60%/40% Larsen attack/Lance positive, and cites Larsen’s failure to pay his taxes nine times in a row before he began making payments this year, and the challengers decision to forego voting in 11 out of 13 Republican Primaries. Lance released seven positive mailers and three negative.

There’s a pattern, says the Lance campaign, who also noted Larsen’s failure to file his report on time with the Federal Election Commission (FEC).

“It has come to the attention of the (FEC) that you may have failed to file the (4/1/2010 – 5/192010) report of receipts and expenditures as required by the FEC Campaign Act,” complained Debbbie Chacona of the FEC in a May 28th letter to the Larsen Campaign.

Lance’s people pounced on the letter.

“Whether it’s failing to pay his property taxes, failing to vote, or failing to file campaign reports as required by law, David Larsen is just another politician who thinks the rules don’t apply to him,” said spokesman Todd Mitchell.

Larsen filed his report subsequent to the FEC gripe, in which he reports $86,395 raised. But a constant barrage of mail leads Lance allies to believe Larsen will report much a much higher dollar amount after the close of this campaign.

In aggressive and disrespectful fashion, “Liberal Lenny” Lance is a pro-abortion, pro Cap and Trade “liar,” according to some of Larsen’s literature.

Jittery Lance allies take some solace in the fact that two other candidates – Lon Hosford and Bruce Baker – are running to the right of Lance and threaten to distribute the Tea Party vote. They’re also fighting back with Lance’s credentials as a voter in 37 straight Republican Primaries.

This weekend, the campaign released a Gov. Chris Christie robocall for Lance.

But the singling out of Larsen in a field of three challengers and willingness to stand toe-to-toe with him indicate less than pacific internals, according to Ben Dworkin, head of Rider University’s David Rebovich Institute of New Jersey Politics.

“Leonard Lance is an extremely smart politician, and his internal polling must be showing him that he needs to be concerned,” said Dworkin. “In this political environment, every incumbent facing a Tea Party challenge would prefer to be safe than sorry. If for a while he thought he could get away with not being negative, some dynamic in his polling changed which caused this flurry of negative advertising at the end.” 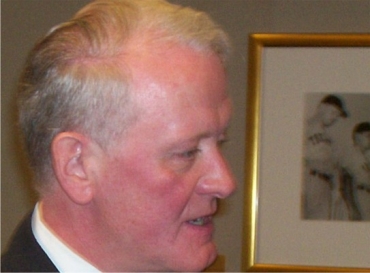