“Middlesex is going to be more Democratic than usual,” the party chairman told PolitickerNJ.com, acknowledging last year’s Chris Christie victory over Jon Corzine on Spicuzzo’s home turf. “Don’t take this Corzine race as a weakening of the Democratic Party in Middlesex. That was an altogether different situation than what’s going on now.”

“Yes, of course I see the 14th District Senate race as a referendum on Christie, just as the county races and congressional races will all be referendums on Christie,” added the chairman. “State government is being run by a bully right now, and there’s going to come a time when people will say what they think about him taking away rebates for senior citizens and cutting school aid. Certainly, taxes are going to have to go up as a consequence of his state cuts. Chris Christie’s talking a good game but people are going to pay the price, and make Republicans pay in November.”

A Democrat in Spicuzzo’s stable evidently doesn’t agree, as Perth Amboy Mayor Wilda Diaz welcomed the governor to her city this week to underscore her support for his 2.5% spending cap.

“I disagreed with Wilda’s position but she did say we have to respect the office of the governor – I agree with that but I disagree with her position,” the chairman said.

“It’s a new era when it comes to this Tea Party,” he added, acknowledging Little’s primary roots as a Tea Party Approved Republican. “People are in desperate needs right now and we have to be real conservative when it comes to the public. I think Frank Pallone and our Democratic candidates are doing a good job when it comes to meeting all their responsibilities in that regard.”

“I think overall he’s doing an excellent job, it’s bad times and he can’t be being blamed for this well in florida – he can’t can’t be blamed for everything,” Spicuzzo said of the President. “Of course, most of our delegation and two U.S. senators objected to offshore drilling we’re very clear we disagreed with the president.”

Aas for the 12th Congressional District matchup, “I don’t know anything about Sipprelle ,” Spicuzzo said. “I haven’t discussed with Holt the positives and negatives. I only know that Holt has been doing an excellent job and he will be recognized for that fact.” 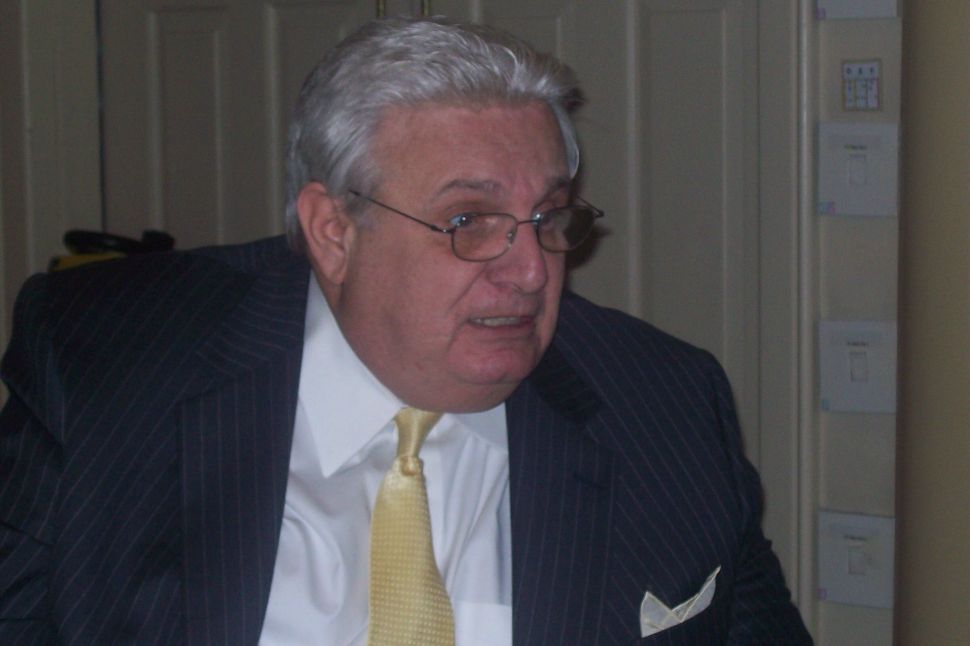